No Truth Behind Obama Bowling Alley 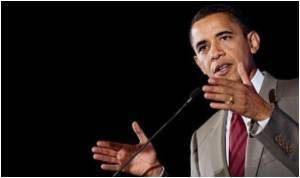 Media reports say that an email circulating on the Internet that shows a picture of the 'Obama bowl' is a hoax. The e-mail features Barack Obama's face at the end of each lane with the pins as his teeth.

According to the email, the bowling alley in Clearwater, Florida in the US is doing record business because everyone is lining up for the chance to knock the president's teeth out.

About 200 people have called Countryside Lanes bowling alley because of the photo, with all receiving the same answer - the photo is fake.


"We just tell them it's nothing serious, just some chain link email internet rumor going around," the Daily Telegraph quoted Countryside Lanes' co-owner Joseph May as saying.
Advertisement
"At first I thought it was a joke, one of my buddies prank calling me," he said.

General manager Tina May said she had to do a bit of research to understand the question from the callers.

"I ended up going on Facebook, and lo and behold, there was a picture of Obama Bowl," she said.

The Mays said they are not happy to be associated with the Obama hoax.

"My personal opinion is it's a very disrespectful thing. I didn't approve of it at all and that was basically what I told people, no we don't do that and I don't know many around here who would," said Tina May.

Source: ANI
Advertisement
<< Study Finds How Brain Keeps Memories Alive for Decades
Blood Pressure Must be Measured in Both Arms >>

Obama, Hillary Amid Most Admired by Americans Claims Polls
Many Americans hold President Barack Obama and Secretary of State Hillary Clinton to be admirable .....