No Relief for Pain in Newborn With Sugar 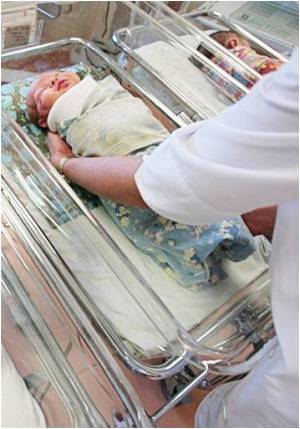 Newborn babies in pain do not get any relief when given sugar recommended by international guidelines, reports a study published in The Lancet.

In 2001, doctors published recommendations, based on a series of trials, that oral sucrose be administered to newborns to help relieve pain from invasive procedures.

Sugar Really Does Make Us Sweeter

But a new look suggests that sucrose does not reduce pain signals in the brain or spinal cord, but merely changes the babies' facial expression, which gives a false impression that pain is being relieved.


Rebeccah Slater of University College London and colleagues pricked the heels of 59 newborns with a small blade -- a procedure that was required anyway to draw a blood sample -- and monitored pain activity in the brain and spine using electrode caps.
Advertisement
The infants were assigned either sterile water or a sucrose solution, placed on the tongue by a tiny syringe.

Pain activity did not differ significantly between the two groups.

"The absence of evidence for an analgesic action of sucrose in this study, together with uncertainty over the long-term benefits of repeated sucrose administration, suggest that sucrose should not be used routinely for procedural pain in infants without further investigation," Slater's team said.