No Link Present Between Endometrial Cancer Risk and Soy Foods 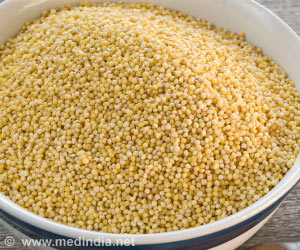 No evidence has been found to support a protective association between soy food and endometrial cancer, according to a team of researchers.

Soy foods are an almost exclusive dietary source of isoflavones, a plant-derived estrogen. Some studies have highlighted their potential cancer protective properties, however, research looking at the link to endometrial cancer has been inconsistent.

The study defined short IPI as time from the immediate preceding birth to subsequent birth of the index pregnancy of <6 months, 6 to <12 months, and 12 to <18 months. Researchers categorized the women with short IPIs into two groups, IPI less than 12 months and IPI 12-18 months, comparing them to women who were considered to have an optimal IPI of 18 months or more.


The food questionnaire specifically asked about the consumption of 8 soy food items such as miso soup, tofu and soymilk. Researchers then looked at the total dietary intake of genistein and daidzein, different types of isoflavones.
Advertisement
The women were divided into three groups according to the intake of soy foods and isoflavones. In the follow up, 112 women were diagnosed with endometrial cancer.

Women consuming more isoflavones were older, less likely to be current smokers, alcohol and regular coffee drinkers, and more likely to have a history of diabetes. They also had a higher dietary intake of fruit and vegetables.

Looking specifically at tofu, miso soup and soy food, the researchers found no association with endometrial cancer. Neither higher consumption of total soy foods nor isoflavones were associated with the risk of endometrial cancer after adjustment for factors such as age, alcohol consumption, smoking, BMI, menopausal status, coffee intake and number of deliveries.

"Our study found that intake of soy and isoflavones were not associated with the risk of endometrial cancer.

"Although the incidence of endometrial cancer is much lower in Asian countries, the incidence rate has been increasing. We also know that the consumption of soy foods among Japanese people is very high.

"We need further studies with a greater number of cases to verify these findings and add to the research base."

"This large population-based study found no evidence of a protective association of soy food or isoflavone intake and previous studies have been inconsistent.

Soy Allergy
What exactly in soybean causes the allergenic reactions? Is soy lecithin responsible for allergic .....

Soy / Soya - A Holy Food
Soy or Soya is a crop which has been cultivated from thousands of years. It belongs to the family .....