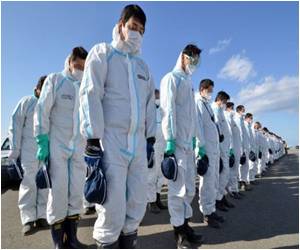 Drawing up a major new report, a UN scientific committee said that radiation leaked after Japan's Fukushima nuclear disaster in 2011 is unlikely to cause any ill health effects in the future.

"Radiation exposure following the nuclear accident at Fukushima-Daiichi... did not cause any immediate health effects," the UN Scientific Committee on the Effects of Atomic Radiation (UNSCEAR) said.

"It is unlikely to be able to attribute any health effects in the future among the general public and the vast majority of workers for which dose histories have been assessed."


The committee, presenting after a meeting in Vienna the main findings of a report developed by 80 scientists from 18 countries due to be published later this year, also praised the actions of the Japanese government immediately after the March 2011 disaster.
Advertisement
"The actions taken by the authorities to protect the public (evacuation and sheltering) significantly reduced the radiation exposures that would have otherwise been received by as much as a factor of 10," UNSCEAR said.

"No radiation-related deaths have been observed among nearly 25,000 workers involved at the accident site. Given the small number of highly exposed workers, it is unlikely that excess cases of thyroid cancer due to radiation exposure would be detectable in the years to come," it added.

The world's worst nuclear accident in 25 years was caused when a huge tsunami triggered by an earthquake hammered Japan's northeastern Pacific coast, sending multiple reactors at the decades-old nuclear power plant into meltdown.

The tsunami also crushed whole communities and some 19,000 people were killed by the natural disaster, but no one is officially recorded as having died as a direct result of the radiation that spewed from the crippled units in the following months.

The Fukushima accident forced tens of thousands of residents near the area to abandon their homes and jobs in heavily contaminated areas. It is not clear when they can return home, if ever.

UNSCEAR's findings however appear to differ from those of a World Health Organisation report published on February 28 which said that cancer risks -- for those living near the plant -- had risen.

It said that within the exclusion zone, rates of thyroid cancer among women who were exposed to radiation as infants were expected to be up to 1.25 percent.

This represented a 70-percent increase over the baseline risk of thyroid cancer over a Japanese woman's lifetime, which is 0.75 percent.

Anti-nuclear environmentalist group Greenpeace immediately said that the WHO was vastly underestimating the risk, while the Japanese government said the WHO's calculations were overblown and based on unrealistic premises.

The aftermath of the Fukushima disaster, if confirmed, contrasts with the 1986 Chernobyl disaster in what was then Soviet Ukraine, when there was a noticeable rise in thyroid cancer cases among children.

"The doses (of radiation) received after Chernobyl, in particular for example for children in thyroid, were much higher than the doses we assessed in Fukushima," Wolfgang Weiss, in charge of drawing up the UNSCEAR report, told a news conference.

WHO Report on Fukushima Radiation Questioned by Activists
The World Health Organization was accused by activist physicians of downplaying the health impact .....

Still Fukushima Suffers in Nuclear Disaster Shadow
From a nuclear disaster that some warn could leave part of Japan a hollow shell for generations, ......