No Going Back on Health Care - Obama 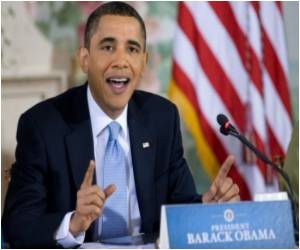 US President Barack Obama, while enforcing the health care bill through the new measures he revealed on Tuesday, stated, "We're not going back," to his opponents.

Three months after the enactment of the law that aims to extend medical coverage to 32 million Americans, Obama announced the new rules which he said would "put an end to some of the worst practices in the insurance industry."


Obama said that the measures, part of the phasing in of the law over several years, would offer greater consumer protection to people who might otherwise be denied or lose health coverage.


"Starting in September, some of the worst abuses will be banned forever," he said.

"No more discriminating against children with preexisting conditions. No more retroactively dropping somebody's policy when they get sick if they made an unintentional mistake on an application. No more lifetime limits or restrictive annual limits on coverage. Those days are over."

The president told his political adversaries, including Republicans seeking to reverse the law and make health care an issue in upcoming congressional elections, that he would fight such efforts.

"We're in Washington, so obviously there's politics involved," he said.

"And I've got some folks on the other side of the aisle that still think none of this should happen and, in fact, have said they're going to run on a platform of repeal. They want to go back to the system we had before."

But he stated: "We're not going back. I refuse to go back. And so do countless Americans who bravely shared their stories with me over two years as I traveled this country, and who wrote letter after letter to me in the White House."

Obama spoke after meeting health insurance industry executives amid concerns that some firms have begun to raise premiums ahead of various deadlines under the new law.

"Some insurance companies tried to raise rates even before we passed the law, even though some of them were making record profits," he said.

"The CEOs here today need to know that they're going to be required to publicly justify unreasonable premium increases... we'll be watching closely, and we'll fully support states if they exercise their review authority to keep excessively expensive plans out of their insurance exchanges."

The enactment of the law ended more than a year of intense political battles in Washington over the health bill, which passed Congress despite almost unanimous Republican opposition.

But the political row over health care is intensifying, as Obama and his Republican foes fight to define the politically contentious bill for voters, ahead of crucial mid-term congressional elections in November.

Overview on USA Healthcare Insurance
This section gives an introduction about the status of Healthcare Sector in USA - in the past and present and introduction of reforms for a secured future.
READ MORE

Yes He Can- Obama Historic Health Care Legislation
Barack Obama has made history again! This time he did it by getting a land mark legislation cleared that is potent enough to mend America's sagging health care system.
READ MORE