No Gender Bias Seen With Naltrexone as Treatment for Alcohol Dependence 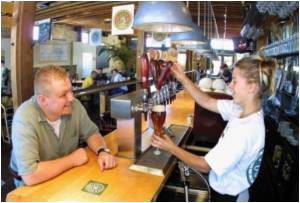 The gap between the genders has narrowed as alcohol use disorders (AUDs) in the United States are now only twice as prevalent in men than in women as compared to five times in the 1980s.

Results will be published in the October 2010 issue of Alcoholism: Clinical & Experimental Research and are currently available at Early View.


"Compared with men, women now initiate their use of substances at an earlier age than in previous generations, and at approximately the same age as their male counterparts," said Shelly F. Greenfield, associate professor of psychiatry at Harvard Medical School and corresponding author for the study. "For example, women born after World War II have lower levels of abstaining from alcohol, and higher levels of AD. This "closing gender gap" in AD seems likely due to an increase in AD among women, while men have been more or less steady in their levels of dependence."

"Women who drink progress more rapidly to serious alcohol-related physical and social consequences than their male counterparts, with shorter time between landmarks of illness progression," she said, "and this generally happens at lower doses of alcohol consumed less frequently. Adverse consequences can include liver disease, pancreatitis, gastritis, ulcers, hypertension, malnutrition, anemia, as well as cognitive and other neuropsychological deficits. In addition, psychiatric co-occurring disorders that occur more often in women, such as depression and anxiety disorders, can worsen due to AD."

Greenfield and her colleagues used data from the Combining Medications and Behavioral Interventions (COMBINE) for Alcohol Dependence study, a national, multi-site trial conducted between 2001 and 2004 among 1,383 (848 men, 378 women) recently abstinent AD individuals. For this specific study, the authors examined eight groups receiving: medical management (a nine-session intervention that focuses on enhancing medication adherence and abstinence) with 16 weeks of placebo, naltrexone (100 mg/day), acamprosate (3 grams/day), or a combination thereof with or without a specialist-delivered Combined Behavioral Intervention.

"We found that compared to men, women reported a later age of onset of AD by approximately three years, were significantly less likely to have had previous alcohol treatment; and drank fewer drinks per drinking day," said Greenfield." "Otherwise, there were no baseline gender differences in drinking measures. We found that AD women responded to naltrexone with COMBINE's Medical Management in a manner similar to the AD men, on a wide range of outcome measures."

Greenfield said that not only should clinicians feel comfortable prescribing naltrexone for AD in both women and men, but should also note that naltrexone, along with medical management, can be delivered in a primary-care setting to women as well as to men. "In our study, and in spite of alcohol severity that was comparable to men's, fewer women than men reported receiving any alcohol treatment prior to entry into the COMBINE study. Women tend to go to primary health care more frequently than to specialty substance-abuse programs for treatment, and so the combination of naltrexone and medical management has practical implications for treating AD women," she said.

Ensure your heart health by getting a PLAC test. Prevent heart attack and stroke by detecting your risk of ...