No Difference in Quality of Organically and Conventionally Produced Eggs 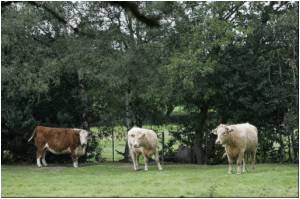 There is no substantial quality difference between organically and conventionally produced eggs, a new study by Agricultural Research Service (ARS) has found.

ARS food technologist Deana Jones and her team in the agency's Egg Safety and Quality Research Unit in Athens, Ga., found that the biggest difference was the size of egg within a carton between brown and white eggs.


Quality is measured by Haugh units, named after Raymond Haugh and is considered to be the "gold standard" of interior egg quality determination.
Advertisement
About 6.5 billion dozen shell eggs are produced each year in the United States, with a value of about 7 billion dollars, according to the U.S. Department of Agriculture (USDA) Economic Research Service.

Jones and her team conducted a survey of white and brown large-shell eggs with various production and nutritional differences such as traditional, cage-free, free-roaming, pasteurized, nutritionally-enhanced, and fertile. The goal was to determine if physical quality and compositional differences exist among these different eggs.

This research was published in the journal Poultry Science.

Source: ANI
Advertisement
<< Whether Your Romantic Relationship Will Last Depends on Wor...
Death Risk Cut in Elderly With Painkillers Like Ibuprofen >>