No Additional Harm from Mentholated Cigarettes Than the Non-Mentholated Variety 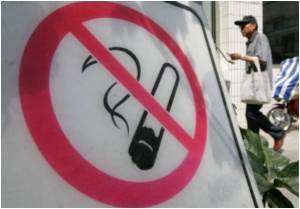 Individuals who smoke mentholated cigarettes are no more likely to develop lung cancer or to die from the disease than smokers of non-mentholated cigarettes, according to a new study led by William Blot, Ph.D., professor of Medicine, Vanderbilt-Ingram Cancer Center (VICC), Nashville, Tenn., and colleagues at VICC, Meharry Medical College (MMC), Nashville, and the International Epidemiology Institute (IEI), Rockville, Md.

The new smoking study was published online March 23 in the Journal of the National Cancer Institute.

Researchers have found that smokers are at an increased risk of developing the muscle-wasting disease amyotrophic lateral sclerosis (ALS).
Advertisement

"Black men are known to have a higher incidence of lung cancer and are more likely to smoke mentholated cigarettes compared to white men," said Blot. "It has been hypothesized that menthol in cigarettes influences smoking behavior, perhaps increasing dependency or adversely affecting the biology of the lung. However, our large study found no evidence to support those theories."


The study of lung cancer risk was based on results from the Southern Community Cohort Study (SCCS), an ongoing investigation of cancer incidence and mortality disparities among racial, and urban versus rural populations in 12 southern states. Smoking prevalence among participants in the SCCS was exceptionally high, and both menthol and non-menthol cigarette use was common.

San Diego, CA, February 8, 2011 - When the FDA proposed new rules restricting outdoor tobacco advertising near schools and playgrounds in 2009, the tobacco industry argued that such
Advertisement
Among 85,806 racially diverse adults enrolled in the SCCS between March 2002 and September 2009, the investigators studied 12,373 smokers who responded to a follow-up questionnaire. Study leaders compared rates of quitting between menthol and non-menthol smokers. They also analyzed 440 lung cancer patients and 2,213 demographically-matched control subjects without lung cancer.

"Cigarette smoking remains the leading cause of premature death in the United States, but undue emphasis on reduction of menthol relative to other cigarettes may distract from the ultimate health prevention message that smoking of any cigarettes is injurious to health," said Blot.

Funding for the study was provided by the National Cancer Institute.

FDA Warns Use of Menthol Cigarettes on the Rise Among Teens

A new report released by the Food and Drug Administration advisory panel has warned that the use of menthol cigarettes is on the rise among teens
Advertisement
<< Allergic Response Protein Causes Airway Changes in Asthmati...
Should All Student Athletes Be Subjected to Heart Screening... >>

Cigarettes to be Sold in Plain Packets in Britain

Britain has decided to sell cigarettes in plain packets. There will be no color, logos or graphics on the packets. Only the name of the brand and the health warning will remain on the packet.
Advertisement
News A-Z
A B C D E F G H I J K L M N O P Q R S T U V W X Y Z
What's New on Medindia

More News on:
Health Hazards of Smoking Smoking And Cancer Antioxidants to Help You When You Quit Smoking