Nipple-Piercing And Smoking Could Lead To Breast Abscess 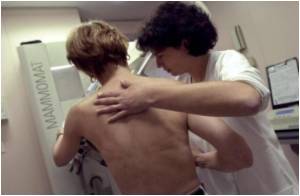 Nipple-piercing and smoking could lead to breast abscess, according to a new study in the July issue of the Journal of the American College of Surgeons.

Researchers at the University of Iowa found the odds of developing primary breast abscess were six times higher in smokers than in nonsmokers, and smokers were 11 times more likely to develop subareolar abscess. Breast abscesses were 15 times more likely to recur in smokers than in nonsmokers. In addition, this study is one of the first to provide clinical evidence that nipple piercing is also a risk factor for subareolar breast abscess, with the onset of abscess occurring from one month to seven years from the time of piercing.

A Breast lump present in lactating women may be an abscess. If the surrounding tissue is inflammed it is called mastitis.
Advertisement

Breast abscesses, inflammatory lesions of the breast that are painful and difficult to treat, tend to recur at rates as high as 40 to 50 percent, according to previous retrospective studies. Until now, there has been a lack of research on the risk factors associated with this condition.


"Nearly 60 percent of patients with a recurrence of breast abscess were heavy smokers," said Vinod Gollapalli, MD, a post-doctoral fellow in the department of surgery at the University of Iowa Carver College of Medicine, Iowa City. "Since smoking appears to be a strong risk factor for both causing breast abscess and its recurrence, we recommend patients should be counseled to quit smoking as an integral part of treatment."

Mastitis is a common cause of tenderness, swelling and pain in breast, owing to inflammation in the mammary gland, Breast infection may occur in some cases.
Advertisement
Using the surgical and radiologic databases at the University of Iowa Hospitals and Clinics, researchers identified 68 patients from January 1, 2004, to November 1, 2009, with a diagnosis of breast abscess who did not have a current or previous history of breast cancer, breast radiation therapy, or breast surgery within the past 12 months. Patients were considered to have recurrence of their breast abscess if they required a repeat drainage procedure in the same breast quadrant within six months. All breast abscesses were confirmed by ultrasound and/or drainage of purulent material. Of the 68 cases evaluated, 53 patients were identified as Caucasian, 43 were smokers and nine had a history of nipple piercing. Thirty-seven patients (53 percent) needed multiple surgical treatments, and of these, 22 were current heavy smokers (smoking more than 10 cigarettes per day). Five patients had developed mammary fistulas; all of these patients were heavy smokers. Age, smoking and the need for surgical treatment were found to be associated with increased risk of recurrence.

The American College of Surgeons is a scientific and educational organization of surgeons that was founded in 1913 to raise the standards of surgical practice and to improve the care of the surgical patient. The College is dedicated to the ethical and competent practice of surgery.