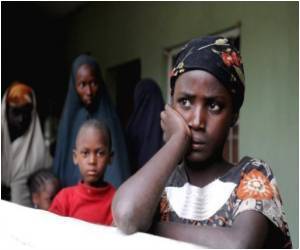 The US Centers for Disease Control and Prevention (CDC) said on Tuesday that the lead poisoning outbreak in Nigeria, allegedly linked to illegal gold mining, has resulted in the death of more than 160 people, something unprecedented, .

More than 100 of those killed in the poisoning in recent weeks are children aged five years or under.


Nigerian health authorities last month roped in the CDC, along with the World Health Organisation (WHO) and Medecins Sans Frontieres (MSF), to help control the epidemic which the government said started in January.


"The scope of the poisoning is unprecedented in CDC?s work with lead poisoning worldwide," CDC said in a statement received here from Atlanta.

"This is because of the severity of the poisoning, the number of fatalities, the large number of children and adults with symptomatic poisoning, and the extent of the environmental contamination," it said.

The poisonings were caused by the illegal extraction of ore by villagers, who would transport crushed rock home from the mines.

They would then extract the gold and haphazardly dispose of the soil containing lead deposits which children would play with.

Junior health minister Suleiman Bello on Monday said the outbreak had been brought under control.

CDC said "some children are still coming into healthcare facilities with severe symptomatic lead poisoning, and there continue to be some deaths."

CDC assisted with "surveying the population about the deaths of children," as well as collection and analysis of blood and soil samples.

It also helped with the environmental cleanup.

"Initial results have found extremely high levels of lead in blood of children and adults and in the soil," it said.

Nigeria's Deadly Lead Poisoning Outbreak Under Control
Nigeria said Monday it has contained an outbreak of lead poisoning linked to illegal gold mining in northern Nigeria that has left 163 dead, including more than 100 children.
READ MORE

Women Beware!Lead Found in Red Shades of Lipstick
Watchout women! Your favourite red lipsticks that make you look attractive, composed, sexy and ready to take on the world, may in fact be causing you more harm than good.
READ MORE