Niger Strives to Lower Both Birth and Maternal Mortality Rates 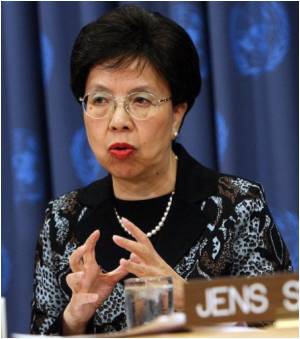 Having a baby in impoverished Niger can be tantamount to a death sentence, with the world's highest birth rate in a country where first-time mothers are often barely past puberty.

The West African state and humanitarian groups have worked to slash both birth and maternal mortality rates, but despite strides results are not good enough, the UN warned this week.

"Every two hours, a Niger woman dies from complications linked to pregnancy or childbirth," deplored Monique Clesca, the UN Population Fund (UNFPA) representative in the country.


Some 3,000 people, mainly women, gathered in the western city of Tahoua as part of a new push to rein in the birth rate and reduce maternal mortality.
Advertisement
"Dying while giving life is a social injustice," railed Malika Issoufou, wife of Niger's President Mahamadou Issoufou, while visiting women suffering from gynaecological complications in the Tahoua hospital.

The trend has not been easy to buck in a culture that encourages early marriage, big families and pregnancies in quick succession, and where some clerics in mainly Muslim Niger have blasted contraception as against Islam and "dictated by white people from the West".

"The more kids you have, the more you're worth," said Clesca, describing traditional views. "When girls marry, they're under pressure to prove they're fertile within the first year."

This has left landlocked Niger, where more than 60 percent live below the poverty line, with the highest birth rate in the world, an average of 7.6 children per woman, official figures show.

In 2006, Niger made all pre-natal care free of charge, as well as birth by Caesarian, which up to then was prohibitively expensive. Contraceptive products are also distributed at no charge.

"Ten years ago, no one dared broach demographic questions. Now, everyone is talking about them, starting with the government, the president," said Isselmou Boukhary, Niger's deputy representative for the UN children's fund, UNICEF.

Even if the situation remains "quite worrisome", it's slowly improving, Boukhary told AFP.

With 535 mothers dying for every 100,000 live births -- meaning one woman for every 186 viable births, Niger is among the world's top 15 countries with the worst maternal mortality.

Yet the situation has improved since 2006, when 648 women died for every 100,000 births, according to Niger's health ministry.

During the same period, contraceptive use has gone from five to 12 percent, the ministry said.

A tradition of early marriage has not helped. Nearly 80 percent of Niger women are wed by the time they reach 18 and 40 percent before the age of 15, making complications frequent.

"At this age, the body is still fragile and not ready for maternity," said Yahaya Mani, a doctor working in the Niger countryside.

Official records bear this out, according to the UN which said a third of maternal deaths are among girls 15 to 19.

"The parents know the risks. But they prefer to marry their girls off early rather than risking a pregnancy outside marriage, which would damage the family's honour," said Clesca.

After the first baby others follow quickly, giving Niger one of the world's top population growth rates at 3.9 percent per year, according to official figures.

Young mothers often have "one baby on the breast, one on their back and another at their feet," which can leave them weak, said a humanitarian source.

High-risk pregnancies among older women are also abundant, along with a shortage of proper birthing facilities.

"The closest centre is often five kilometres (three miles) away. And by the time they find a cart to get there, it's often too late," said Doctor Mani.

Some men still oppose their wives receiving prenatal care, and national family planning campaigns have particularly annoyed Islamic radicals and fundamentalists, whose numbers have grown in this country bordering Mali and Nigeria where Islamic militant activity has intensified.

They say it goes against the teachings of Allah and is part of a "Western attempt to stop births" in Niger.

The government, however, defends the drive as critical for Niger's future.

From three million in 1980, the population has hit more than 17 million today and, if nothing is done, could soar to 40 million by 2050, officials say, a level a country subject to drought, food shortages and malnutrition could never sustain.

Eliminate Maternal Mortality in Developing Countries
A new study suggests that eliminating maternal mortality, which is defined as the deaths related to ...

In Russia Maternal Mortality Falls by Over Half
Prime Minister Dmitry Medvedev said that maternal mortality rate in Russia has fallen by 55 per ......

Maternal Death
Maternal mortality or maternal death refers to the death of a woman occurring during her pregnancy o...