Nicotine in Cigarettes can Worsen Diabetes 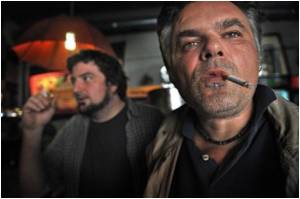 Diabetics who are addicted to smoking have been warned that their condition could be worsened by nicotine present in the cigarettes or in the nicotine replacement therapy used by those who are trying to quit the habit.

Researchers from the California State Polytechnic University in Pomona found that nicotine is directly linked to increased blood sugar levels among diabetics and prolonged consumption of the chemical can worsen the condition among diabetics and could even turn serious.

Presenting their study at the 241st national meeting of the American Chemical Society in California, the researchers revealed that when they conducted blood tests among smokers, they found that those who were diabetic saw an increase in their long term blood sugar levels.


"This study should encourage diabetics to quit smoking completely, and to realize that it's the nicotine that's raising [blood sugar levels]", lead researcher, Xiao-Chuan Liu said.