Nickel - How It Causes Allergies 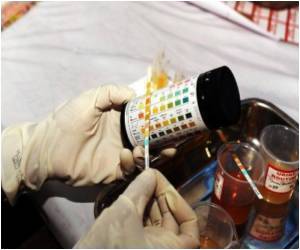 The reason why allergies are caused by nickel has been finally discovered by researchers.

Researchers at University of Giessen, Germany found that the metal directly activates a member of the family of receptors that act as gatekeepers of innate immunity.


According to Nature, activating this receptor, called Toll-like receptor 4 (TLR4), generates a 'danger signal' that promotes inflammation - causing itching, tenderness, swelling and rashes on the skin - and recruits other immune cells such as T cells to the area.


Matthias Goebeler, a dermatologist, said that "this is the first time that an inorganic agent has been found to activate this pathway" of the innate immune system.

The study also suggested that nickel itself was acting as the signal for T cell recruitment.

They identified two regions in the human protein that contain an amino acid called histidine - not present at those positions in mouse TLR4 - to which nickel might bind and so trigger the signalling cascade.

The study not only solves the long-standing mystery of how nickel causes an allergic reaction, but also "opens up another avenue of thought" about how Toll-like receptors work, says Anthony Gaspari, a dermatologist at the University of Maryland in Baltimore.

The study is published in Nature Immunology.

Jewellery the Real Culprit for the Red, Itchy Marks
According to experts, jewelry allergies are not only extremely common, but very simple to prevent.
READ MORE