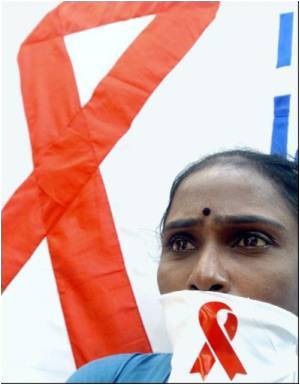 A Hyderabad based NGO has demanded a parliamentary bill for the protection of the rights of HIV positive patients.

World Vision, which works with AIDS and HIV positive people, maintains it should be a legal requirement that such patients be treated humanely and brought into the mainstream.

World Vision Advocacy Director Reni Jacob put forward the demands on behalf of their patients, and appealed to the Central government to pass the HIV bill.

Encyclopedia section of medindia explains in brief about the prevention for AIDS/HIV
Advertisement
"Another issue which we are now fighting for is that government of India is again trying to sign an agreement with the European Union in which if we sign the agreement, the people's right to have access to drugs will be denied, try to access (the drugs) with low price will be denied, so we want to see that the government will not sign that agreement," he added.

He also said that there should be provision under Right to Food Act for free distribution of nutritious food to AIDS patients.

The bill should also address the discrimination faced by HIV positive children, the NGO said.

"We wants to work with World Vision and we want to do advocacy to the government people and to reduce the stigma and discrimination in these three components: education, nutrition and in treatment purpose, " said Swapna, an advocacy associate of World Vision.

India, with 2.5 million patients, is among the top three countries with the highest number of HIV cases, alongside South Africa and Nigeria.

More than 15 percent of the 200,000 plus Injectible Drug Users (IDUs) are HIV positive in the country against a global average of 10 percent.

In some areas, HIV positive cases among IDUs have been found to be as high as 50 percent, according to government health officials.

This Interactive provides step by step visual aid showing how to correctly use condoms which can prevent transmission of HIV, other sexually transmitted diseases and pregnancy
Advertisement
<< Dual-Energy CT Can Help Diagnose The Severity Of Gout
Vitamin D Deficiency Linked To Anemia In Kids >>

Selfie Addiction Calculator Blood Pressure Calculator Noscaphene (Noscapine) Calculate Ideal Weight for Infants Drug Side Effects Calculator Pregnancy Confirmation Calculator The Essence of Yoga Indian Medical Journals Accident and Trauma Care Drug Interaction Checker
This site uses cookies to deliver our services.By using our site, you acknowledge that you have read and understand our Cookie Policy, Privacy Policy, and our Terms of Use  Ok, Got it. Close
×