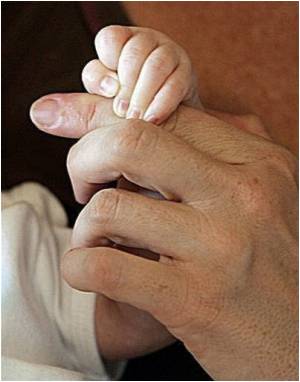 Modelled on similar services in Germany, Pakistan and Japan, the NGO says the facility will allow mothers to leave their babies anonymously at its premises in Petaling Jaya, in Malaysia's central Selangor state.

The hatch has a small door which opens to an incubator bed on which a mother can place her baby. Once the door is closed an alarm bell will alert the NGO's staff to the baby's presence, after the mother has left.


Women, Family and Community Development Minister Shahrizat Abdul Jalil told a local newspaper that the service, to be offered by the NGO OrphanCARE, would give desperate mothers an alternative to abandoning or killing their babies.

Medindia offers a milestone chart for the growing child, by which we can determine the activities of the baby at various stages of the growth.
Advertisement
"We must not allow ourselves to be held prisoner to the belief that baby hatches encourage premarital sex," the New Sunday Times also quoted her as saying.

Official statistics show 407 babies were abandoned between 2005 and 2009 in Malaysia, a Southeast Asian nation with a population of 28 million people. This year a total of 24 cases were recorded as of April.

Local media in recent months have highlighted cases of newborn babies being abandoned at the roadside or in a rubbish dump, prompting a ruling lawmaker to propose that the fathers of abandoned babies be castrated.

In a case reported by state media in March, a baby boy who was dumped at the roadside was found by passers-by with his left hand bitten off by wild dogs.

OrphanCARE said it had 200 prospective parents on a waiting list to adopt babies and gave an assurance that there will be no legal repercussions for those who leave their babies at the hatch.

"Mothers who have babies out of wedlock are often in a fragile state. They don't know where to turn to or what to do with their babies," OrphanCARE president Adnan Mohamad Tahir was quoted as saying.