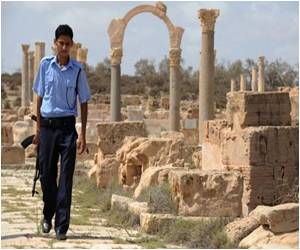 A Libyan tourist organization believes the country has what it takes to be the next top tourist spot, despite enduring more than 40 years of bloody terror and dictatorship.

With more than 2000 km of palm-fringed coastline and an historic quarter in Tripoli, the Libyan Society for the Activation of Tourism has said the country has a lot to offer to adventurers, reports News.com.au.

Adel Belhaj of the Libyan Society for the Activation of Tourism said Libya is filled with ancient ruins, which makes it a "paradise" for history buffs.


"Libya has all it takes to become a vacation paradise," said Belhaj.

American tourist Jo Rawlins Gilbert said he "did not feel the least bit unsafe" during his recent visit there.
Advertisement
Libya has five UNESCO World Heritage sites, including a well-preserved Roman amphitheatre in Leptus Magna, regarded as the best in North Africa, while Tripoli oozes history.

With Muammar Gaddafi's rule over, authorities are hoping the country will emerge as a safer destination for tourists. Libyans endured years of isolation under Gaddafi, whose support for acts of terrorism, including the 1988 bombing of Pan Am Flight 103 over Lockerbie, Scotland, earned the country sanctions and few allies.

Gaddafi was killed in a rebellion last October and the country has held an election with many hoping democracy will bring the tourists pouring in. But the country still faces massive security issues, with a tourism boom unlikely to happen anytime soon, News.com.au said.

More than a hundred people were killed in clashes just last month, and Tripoli's international airport was seized by an armed group and held for several hours.