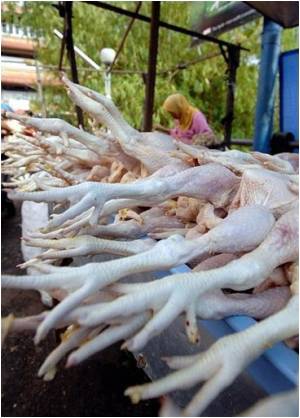 New strain of H5N1, commonly known as bird flu, to be readily transmitted among humans has been engineered by scientists. Two perspectives being published early online in Annals of Internal Medicine, the flagship journal of the American College of Physicians, raise concerns about if and how this research should be continued, and how the data should be shared for the benefit of public health.

The currently circulating H5N1 virus has an extremely high case-fatality rate, killing about 60 percent of the over 500 confirmed human cases. However, unlike seasonal flu, to date H5N1 has not easily spread between humans. Recently, two scientific teams (not associated with the Annals perspectives authors) engineered the H5N1 virus to make it readily transmissible between ferrets. This means that it may be able to make it easily transmissible between humans as well. Controversy has emerged about the safety and appropriateness of this research.

The National Science Advisory Board for Biosecurity (NSABB) has recommended that the H5N1 research be published, but with significant redactions. Specifically, journals should publish the work without detailed methodology, to reduce the risk of replication and purposeful misuse. This recommendation has divided the scientific community into those who are for censorship, and those who oppose it.


In the first Annals perspective, Thomas V. Inglesby, MD, CEO and Director of the Center for Biosecurity of University of Pittsburgh Medical Center, writes that the potential consequences of an engineered human transmissible H5N1 strain are stunning. If the newly engineered strain were to escape the laboratory and spread as widely as seasonal flu, it could endanger the lives of hundreds of millions of persons.
Advertisement
Whether the virus escapes the lab by accident or on purpose, the highly contagious and deadly nature of the mutant strain could result in catastrophe. The work was done to increase scientific knowledge of H5N1. But there is no scientific evidence that a strain like the one developed in the laboratory will ever occur naturally. Dr. Inglesby suggests that the harms of the research therefore outweigh the benefits.

"If we are asking society to take the substantial and unprecedented risks associated with a human-transmissible H5N1 strain with a nearly 60 percent case-fatality rate, we had better have a compelling, concrete, and realistic public health justification for it," Dr. Inglesby writes. If experimentation must continue, he recommends very restricted use, like the approach that has been taken with smallpox.

Andrew T. Pavia, MD, Chief of the Division of Pediatric Infectious Diseases at the University of Utah Health Sciences Center and Primary Children's Hospital, authored the second Annals perspective on the topic.

Dr. Pavia, argues that the H5N1 virus may not be as easy to transmit between humans as some speculate. With regard for the use of H5N1 as a bioweapon, Dr. Pavia suggests that the scenario may be unlikely. To manipulate H5N1 as a weapon, the terrorist would need substantial scientific skill and knowledge of precise methods used in the studies.

He writes that with proper safeguards, these and future studies should proceed and can increase critical scientific understanding of influenza. Currently, there is not a transparent and thoughtful mechanism to ensure the provision of details only to those with a legitimate need for the data and to decide who those people are. Dr. Pavia thus generally agrees with the approach taken by the NSABB and argues creating more dangerous pathogens in a laboratory has its purpose. According to Dr. Pavia, "We must have a careful and balanced approach that is neither too timid in permitting the performance and sharing of critical research nor too naive in confronting the biosecurity issues posed by that research."

Meanwhile the investigators themselves have announced a 60 day self-mortorium on their research while debate continues.