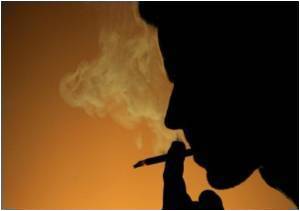 The law, approved by the City Council at the start of February, will be backed up with $50 fines, the department said.

It will take effect in 90 days, ending smoking in parks, pedestrian zones and 14 miles (23 kilometers) of beaches. Smoking is already forbidden in office buildings, bars and restaurants.


Health Commissioner Thomas Farley said the rules would make those public spots "healthier places than ever. I encourage those still smoking to take this opportunity to quit smoking today."

Tired of people asking you to stop smoking around them? Don't want to be ordered around by public smoking bans? Simple steps that help you to quit smoking.
Advertisement
Officials estimate there are 950,000 adult smokers and another 18,000 teenagers lighting up in New York City, which has a population of 8.4 million.

"Smoking in parks and beaches not only harms people trying to enjoy these recreational facilities, it also causes a litter problem that harms the beauty of our parks," Mayor Michael Bloomberg said.