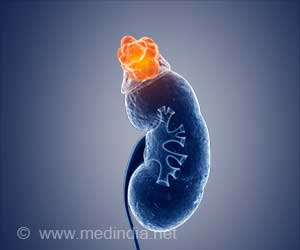 New way to target childhood cancer neuroblastoma has been unveiled by an Australian-led international research.

The new research, led by scientists at Children's Cancer Institute in collaboration with scientists in the US, Europe and China, and published this month in Nature Communications*, has identified one such target molecule. By analysing hundreds of tumour samples of children with neuroblastoma, the researchers found that high levels of a long non-coding RNA (called 'lncNB1') is a marker of poor prognosis; in other words, children whose tumours have high levels of lncNB1 tend to do worse than other children with neuroblastoma.

Excitingly, the scientists were not only able to show that lncNB1 actively promotes the growth and survival of neuroblastoma cells, but also that 'knocking down' or inhibiting the expression of this molecule causes neuroblastoma cells to die, and tumours to stop growing and regress in mice with the disease.


"This research opens the door to developing new targeted therapies that we hope can proceed to clinical trial in children with high-risk neuroblastoma," said Associate Professor Tao Liu, Group Leader at Children's Cancer Institute. "Targeted therapies are designed to specifically target cancer cells and not healthy cells, and so are much safer as well as more effective than conventional chemotherapy. They represent a significant step forward and are the way of the future."

In the last few decades, a number of protein-coding genes have been shown to work closely with MYCN to promote the aggressive growth of tumours. However, very little is known about the role of long non-coding RNA molecules in MYCN-driven cancers. As well as uncovering the role of lncNB1, the current study also found that several other long non-coding RNAs are over-expressed in MYC-driven neuroblastoma cells, raising the possibility that more therapeutic targets could be identified in the near future.

"Continued dedicated research will lead to the development of improved treatments for children with cancer," said A/Professor Liu. "Ultimately, this means we will not only be able to cure more children, but also give survivors a higher quality of life."

Survivors of Neuroblastoma are at Risk of Psychological Impairment
Children with neuroblastoma, have an elevated risk of long-term psychological difficulties which may also affect performance at school, new research finds. The study also finds that these children are at risk for lower adult educational attainment.
READ MORE