New Way to Limit Damage After a Stroke Developed 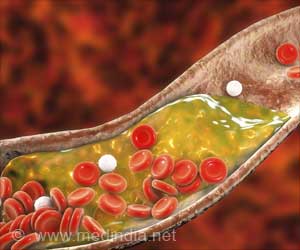 To protect neurons and prevent the damage after stroke, it is advisable to target the matrix that surrounds and supports brain cells, stated researchers from the CNRS, the University of Caen-Normandie, University Paris-Est Créteil, and the company OTR3. Their results, just published in the journal Theranostics, have confirmed this strategy on rats, and will lead to a clinical study between now and late 2019.

With over 300 cases per day in France, stroke is the leading cause of handicap among adults, and the second cause of death. 80 to 85% are caused by the occlusion of a cerebral artery by a blood clot (ischemic stroke), with nearby neurons dying because of oxygen deprivation. The only existing treatment involves eliminating the blood clot, which is only possible during the first few hours following a stroke, and consequently available only for a minority of patients. Moreover, brain lesions can persist and worsen long after the start of a stroke, with no treatment being currently available to slow them, or to improve functional recovery.

Stroke can cause permanent disability and it is important to recognize its early warning signs to stop its progress. Early warning signs of stroke include sudden weakness of facial muscles.
Advertisement
‘Matrix therapy treatment is a promising avenue for limiting the aftereffects of a stroke, one that would complement existing techniques for eliminating blood clots. ’

Numerous avenues of research are studying how to protect neurons from this degeneration. However, treatments attacking this degeneration have only met with clinical failure, which prompted a team led by a CNRS researcher, Myriam Bernaudin, to take an interest in a little explored domain: the environment of the cells, known as the extracellular matrix. This matrix, which offers the cells structural support and houses growth factors, ends up being disorganized following a stroke, thereby amplifying neuronal death.


The team from the laboratory Imagerie et stratégies thérapeutiques des pathologies cérébrales et tumorales (CNRS/UNICAEN/CEA) thus approached colleagues specializing in the extracellular matrix at the laboratory Croissance, réparation et régénération tissulaires (CNRS/UPEC), along with the biotechnology company OTR3, which had already brought to market "matrix therapy" treatments for the healing of cutaneous or corneal ulcers.

Stroke is the third leading cause of death world over. Besides, it also disables the affected people, making them completely dependent on caregivers for their daily needs. Lifestyle greatly affects the chances of developing a stroke. Thus, the incidence of stroke can be brought down to a great extent by leading a healthy lifestyle. Here is a quiz that tests if you know enough about this disabling
Advertisement
The researchers demonstrated on rats the effectiveness of this new approach in protecting the brain and improving functional recovery after an ischemic stroke. The intravenous injection of an agent that mimics certain structural components of the extracellular matrix, known as heparan sulfates, protects and reconstitutes this matrix, promotes the development of new neurons and the regeneration of blood vessels, and improves the recovery of sensory and motor functions. Pilot clinical trials should begin between now and late 2019.

Stroke Risk Calculator checks if you have hypertension, diabetes and heart failure and predicts the risk of stroke (cerebrovascular accident) in next 10 years.
Advertisement
<< Caregiver's Poor Knowledge of Asthma Linked to Longer Hospit...
Classroom Friendship Helps Harsh-Parented Kindergartners Get... >>