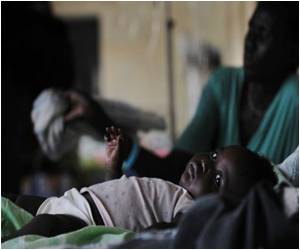 When compared to immunization with a control vaccine, infants (aged 6-12 weeks at first vaccination) vaccinated with RTS,S had one-third fewer episodes of both clinical and severe malaria and had similar reactions to the injection. In this trial, RTS,S demonstrated an acceptable safety and tolerability profile.

Eleven African research centers in seven African countries are conducting this trial, together with GlaxoSmithKline (GSK) and the PATH Malaria Vaccine Initiative (MVI), with grant funding from the Bill and Melinda Gates Foundation to MVI.


"This study indicates that RTS,S can help to protect young babies against malaria. Importantly, we observed that it provided this protection in addition to the widespread use of bed nets by the trial participants," said Dr. Salim Abdulla, a principal investigator for the trial from the Ifakara Health Institute, Tanzania.

Mosquito-borne diseases, like malaria, filaria, dengue, etc are common in places conducive of mosquito breeding. Swamps, ponds and stagnated drainage provide optimal breeding ground for mosquitoes.
Advertisement
When administered along with standard childhood vaccines, the efficacy of RTS,S in infants aged 6 to 12 weeks (at first vaccination) against clinical and severe malaria was 31 percent and 37 percent respectively, over 12 months of follow-up after the third vaccine dose.

Insecticide-treated bed nets were used by 86 percent of the trial participants, which demonstrated that RTS,S provided protection beyond existing malaria control interventions.

The efficacy observed with RTS,S last year in children aged 5-17 months of age against clinical and severe malaria was 56 percent and 47 percent, respectively. Follow-up in this Phase III trial will continue and is expected to provide more data for analyses to better understand the different findings between the age categories.

The vaccine is being developed in partnership by GSK and MVI, together with prominent African research centers.

The study has been published online in the New England Journal of Medicine.

Can Saliva Be Used To Detect Malaria?

Saliva represents a potential alternative to blood for the assessment of anti-malarial antibody levels.
Advertisement
<< Mexican Student Taps Up Google to Track Drug Cartels
Seven Minutes of Vigorous Physical Activity A Must For Kids >>

The Essence of Yoga Drug Side Effects Calculator Iron Intake Calculator Indian Medical Journals Drug - Food Interactions Color Blindness Calculator Find a Hospital A-Z Drug Brands in India Vent Forte (Theophylline) Noscaphene (Noscapine)
This site uses cookies to deliver our services. By using our site, you acknowledge that you have read and understand our Cookie Policy, Privacy Policy, and our Terms of Use