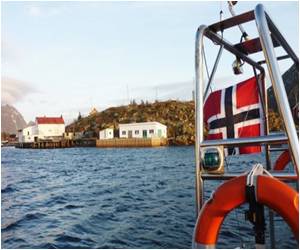 An ultra-sensitive device has been invented by Swiss and US scientists to detect the tiniest traces of heavy metals in drinking water and fish, which could be over a million times smaller than those traced by the most advanced methods in use.

Heavy toxic metals like mercury when dumped into rivers and lakes, invariably end up in the fish we relish and the water we drink.

Security screening with hand-held metal detectors is most likely safe for people with pacemakers and implantable defibrillators.
Advertisement

Researchers from the Northwestern University (US) and Ecole Polytechnique Federale de Lausanne (EPFL), Switzerland, have developed the ultra-sensitive tool.


They were particularly interested in detecting mercury because its most common form, methyl mercury, accumulates as one goes up the food chain, reaching its highest levels in large predatory fish such as tuna and swordfish, the journal Nature Materials reports.

Various Antimicrobial Metals for Use in Water Filters Evaluated

Colloidal silver, which is often coated in porous ceramic water filters, prevents the growth of microbes trapped in the micro- and nano-scale pores of the filter.
Advertisement
"The system currently being used to test mercury and its very toxic derivative, methyl mercury, is a time-intensive process that costs millions of dollars and can only detect quantities at already toxic levels," said Bartosz Grzybowski, who led the study, according to a Northwestern statement.

"Ours can detect very small amounts -- over million times smaller than the state-of-the-art current methods. This is important because if you drink polluted water with low levels of mercury every day, it could add up and possibly lead to diseases later on," Grzybowski said.

"With this system, consumers would one day have the ability to test their home tap water for toxic metals," added Grzybowski, who is professor of physical chemistry and chemical systems engineering in the Weinberg College of Arts and Sciences and the McCormick School of Engineering and Applied Science.

The new system comprises a commercial strip of glass covered with a film of "hairy" nanoparticles, a kind of a "nano-velcro," that can be dipped into water.

When a metal cation (a positively charged entity, such as a methyl mercury) gets in between two hairs, the hairs close up, trapping the pollutant and rendering the film electrically conductive.

The nanoparticle films' production cost is between $1 and $10, while the device to measure the currents costs a few hundred dollars, Grzybowski said.

The analysis can be done in the field so the results are immediately available.

In the US, France and Canada, public health authorities advise pregnant women to limit fish consumption because mercury can compromise nervous system development in the foetus.

Replacement Of Metals By Durable Plastic To Reduce Pollution

Work on production of a biodegradable alternative to plastics to reduce pollution is being take up scientists.
Advertisement
<< Teens Find It Hard to Kick the Butt as Adults: Study
Fruit Flies Unleash Surprising New Evolutionary Link for St... >>