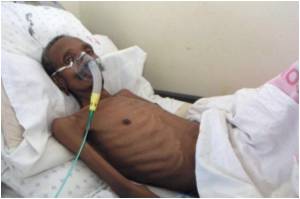 Mycobacterium tuberculosis complex - that's a new tuberculosis (TB) species that scientists have discovered; a group of pathogens that have adapted by using mammals as hosts.

It has been nearly two decades since a new organism was identified in this group; the majority were discovered in the early and mid 20th century.

Kathleen Alexander of the Virginia Tech University discovered that banded mongoose - a species common in central and eastern Africa - that were living closely with humans in northern Botswana were dying from a mysterious, tuberculosis-like disease.


She and colleagues have now identified the pathogen as M. mungi sp. nov., a previously unidentified bacteria species from the Mycobacterium tuberculosis complex.

New Vaccines Could Revolutionize the Fight Against Tuberculosis

An effective new vaccine a 'game changer' that would revolutionize the fight against TB.
Advertisement
A pathogen is any living agent causing disease, including bacteria, viruses, fungi, yeast, and certain insect larval stages.

"This pathogen behaves very differently from the other tuberculosis infections in the complex and offers us a great opportunity to learn what drives tuberculosis evolution and ecology, providing possible insight into the control of this important group of pathogens," said Alexander.

Tuberculosis normally manifests as a respiratory disease and is spread through breathing the bacteria into the lungs, but M. mungi behaves in a completely different way.

Unlike other species of tuberculosis, which typically present as a chronic disease, M. mungi usually kills infected banded mongoose within two to three months after symptoms develop, with outbreaks occurring in a largely seasonal pattern.

M. mungi threatens the survival of smaller social groups or troops of banded mongoose in the study area. The source of infection and the full host range of this pathogen are areas of active research at Alexander's long-term study site in Botswana.

"Banded mongoose are able to live closely with people in disturbed environments as well as with other wildlife species in pristine environments," noted Alexander.

"Since the majority of pathogens emerge in wildlife species, this study system offers a critical opportunity for us to begin to understand how our modifications to the environment and interactions with wildlife influence how new diseases may emerge," she added.

The findings were reported in the journal Emerging Infectious Diseases.

Rice University bioengineers have examined a portion of the tuberculosis genome that responds to stress and have found a network of genes that may switch the disease into dormancy.
Advertisement
Advertisement

Patients with tuberculosis should eat a healthy diet so that they build up their immunity to fight against ...

Pleural effusion is the accumulation of fluid in the space between the two coverings (pleura) of the lung. ...