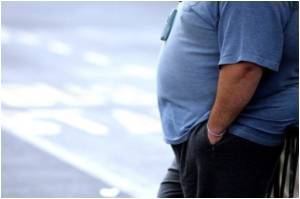 A Scientist from Harvard University has developed a new medical treatment that freezes away extra body fat and tightens the skin.

The one-hour treatment called Zeltiq is the brainchild of Rox Anderson and was just approved by the FDA, reports ABC News.

A vacuum like device pulls in those annoying bits around the middle and literally freezes them. The fat cells die a slow death over 6 to 8 weeks and the results are dramatic.


"It's incredibly popular. I mean, first of all, when people first hear about it, they think it's too good to be true. They can't even believe it. And then when I explain it, they say, "Does this really work? But the patients we've done, they've just been ecstatic," said Debra Jaliman, a dermatologist.

In its ability to target a specific area, Zeltiq is similar to liposuction. But it's not surgery, and the lack of pain and recovery time has made this one of the hottest treatments.

However, results are not immediate - they can take five to eight weeks.

The BMI calculator helps you assess your weight indicating if it is normal or if you are underweight or overweight, based on your height.
Advertisement

In a breakthrough research, scientists have discovered 30 new genes that control the age of sexual maturation in women.
Advertisement