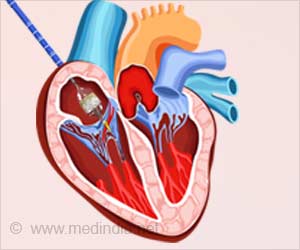 The first ever tool calculates a score to help clinicians and medical professionals predict risk of 30-day readmission for transcatheter aortic valve replacement (TAVR) patients. The tool can also be easily incorporated in patient electronic medical records (EMR). The new study looks at the effectiveness of this novel risk tool to predict 30-day readmission rates in patients undergoing TAVR. The study was presented today at the Society for Cardiovascular Angiography and Interventions (SCAI) 2018 Scientific Sessions.

More than five million Americans are diagnosed with heart valve disease each year (AHA). TAVR is a procedure used for intermediate and higher open surgical-risk patients with severe narrowing of the aortic valve. In TAVR, a prosthetic valve is implanted percutaneously in the place of the diseased native valve. Patients who undergo TAVR are typically older with higher prohibitive risks and greater number of clinical comorbidities. Nearly 15-20 percent of patients who undergo TAVR - a less invasive procedure to replace the heart's aortic valve - are readmitted within 30 days. Readmissions are costly to patient outcomes and are also associated with more than $40 billion in hospital costs annually.


The study analyzed patients in the Nationwide Readmissions Database (NRD) who underwent TAVR from January 2013 to September 2015. Complex survey methods, hierarchical regression and the 'rms' library were implemented to create a prediction ruler to determine probability for 30-day readmission. The study's researchers performed an internal calibration with bootstrapping.
Advertisement
During the study period, a total of 39,305 patients underwent endovascular TAVR, and 6,380 (16.2 percent) were readmitted within 30 days. The final risk tool included the following variables: chronic kidney disease, end stage renal disease on dialysis, anemia, chronic lung disease, chronic liver disease, atrial fibrillation, length of stay >5 days, acute kidney injury and discharge disposition. The c-statistic of the model was 0.63. A score of 212 was associated with a more than 30 percent readmission rate.

"The creation of this tool and the results of the study are very assuring because it allows for better understanding how patients should be managed peri-TAVR. By recognizing patients at higher risk of readmission, we can guide post discharge care coordination and improve transitions of care to decrease readmission, improve quality of life, reduce healthcare costs and ultimately impact mortality rates," said lead author Sahil Khera, MD, Massachusetts General Hospital.

"Use of the simple risk tool will allow the entire care team to quantify readmission risk and enhance our ability to provide personalized transitional care to hopefully mitigate this risk," said co-author Sammy Elmariah, MD, also from the Massachusetts General Hospital.

The authors are looking to start using this tool and incorporating into EMRs in hospital systems across the country in the near future.

Outcomes for Patients One Year After Transcatheter Aortic Valve Replacement
A new study published in the JAMA revealed that among patients who underwent transcatheter aortic .....