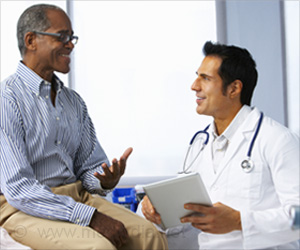 A special peptide probe being developed in Jeffery Kelly's lab at The Scripps Research Institute (TSRI) is showing promise as a tool for detecting the early signs of transthyretin (TTR) polyneuropathy, a progressive neurological disease.

This probe could enable doctors to implement interventions before degeneration becomes too severe, allowing treatments to be more effective. This probe may also increase our understanding regarding which aggregate structure(s) disrupts the normal functions of neurons.


Misfolded proteins misassemble into amyloid in a defined insoluble 3D structure. Since amyloid deposits are a common feature of most neurodegenerative diseases, this structure is considered responsible for a variety of amyloid diseases, from cardiomyopathies to neurodegenerative diseases including Alzheimer's, without much direct evidence. Recent evidence suggests that soluble oligomeric aggregates rather than amyloid may, in fact, be the culprit.
Advertisement
This TSRI study, focused on making peptide probes for aggregates other than amyloid fibrils, was conducted by postdoctoral researcher Joseph D. Schonhoft and graduate student Cecilia Monteiro.

Prior to joining the Kelly Lab as a graduate student, Monteiro was a practicing neurologist in Portugal, where she treated neurodegenerative disease patients, including TTR amyloid polyneuropathy patients.

The TTR amyloidoses are amyloid diseases where misfolded TTR assemblies cause neurodegeneration or cardiomyopathy, depending on the sequence of TTR that aggregates.

"Cecilia is a physician scientist and came to TSRI with a clinical background, and I am a biophysicist and biochemist. Together we formed a unique interdisciplinary team for this research," said Schonhoft.

Some diagnostic strategies detect insoluble amyloids using antibodies designed to bind to them and make them visible to scientists. But before amyloid develops, the body may produce soluble misfolded oligomeric aggregates in a non-amyloid conformation.

The TSRI team developed a peptide-based probe that can detect non-native TTR oligomers earlier in the disease progression, before amyloid is easily detected (the probe does not recognize amyloid).

The researchers used their peptide probe to detect non-native TTR oligomers in the plasma of a group of patients diagnosed with TTR amyloid polyneuropathy, alongside samples from a healthy control group and asymptomatic carriers of the mutation that causes the majority of TTR polyneuropathy cases.

The study revealed that patients with the disease had higher levels of non-native TTR oligomers than either of the two control groups.

In addition, a subset of patients who had been treated for the disease with the drug tafamidis (discovered by the Kelly Lab and sold by Pfizer), as well as liver transplant-mediated gene therapy showed lower levels of non-native TTR oligomers. These results demonstrate proof of concept for using the peptide probe for early diagnosis and as a response to therapy biomarker.

The researchers are now scrutinizing the utility of their peptide probe in larger numbers of patients in order to correlate the levels of the non-native TTR oligomers with disease initiation and progression. Little is known about which aggregate structure causes these degenerative diseases.

"One of the biggest questions in the field is whether the soluble oligomers are a driver of disease. Our approach may be able to answer that question," said Monteiro.

A Powerful Drug in the Fight Against Familial Transthyretin Amyloidosis
Tolcapone has proved to be up to four times more effective than the only pharmacological treatment ....

Alzheimer's Disease Can't be Cured, But Treatment May Help
No medications and strategies have surfaced strongly which can cure Alzheimer's but researchers ......

Elovanoids May Protect Brain From Stroke, Alzheimers Disease
Elovanoids are protein molecules made from omega-3 fatty acids and can overcome damaging effects in ...