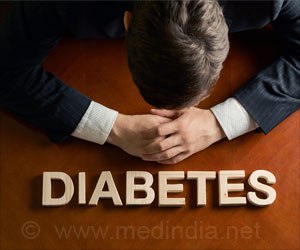 A novel protein can be a promising therapeutic target in protection or treatment against metabolic diseases, reveals a study published in the International Journal of Obesity. The study also showed metabolic distinctions between male and female mice for the first time.

The researchers conducted studies in both a mouse model and in human tissue to advance our understanding of the role of Nischarin, a novel protein discovered by the Alahari lab, in fat distribution and insulin resistance leading to diabetes and obesity. Nischarin functions as a molecular scaffold and is involved in the insulin signaling pathway.

Advertisement
‘Nischarin action gets suppressed in fat tissues of obese people. Increased function of the protein correlated with lower BMI and increased metabolism of glucose and lipids.’

"Nischarin disruption resulted in insulin resistance in female mice, but not in male mice, suggesting that Nischarin protects against diabetes in females," notes Dr. Alahari. "Our human data indicate that Nischarin expression is suppressed in fat tissue of obese humans. Higher expression of Nischarin correlates with lower BMI and improved glucose and lipid metabolism."


Working with experimental Nischarin-mutant as well as wild mice fed chow and high-fat diets, the researchers found gender differences in body fat distribution, increased insulin resistance and decreased glucose tolerance in the females.
Advertisement
To link the work in mice with human disease, the scientists also studied paired samples of human subcutaneous and visceral fat that were obtained from 400 individuals (267 women, 133 men), ranging in age from 19 to 93 years, with BMIs from 18.9 to 78.9 kg/m². The research team found that Nischarin expression was lower in both visceral and subcutaneous adipose tissues of individuals with obesity. The majority of parameters associated with obesity - impaired glucose and lipid metabolism as well as insulin resistance - were inversely correlated with Nischarin expression, as were weight, waist circumference and waist-hip ratio. They also found that Nischarin expression was higher in the visceral fat.