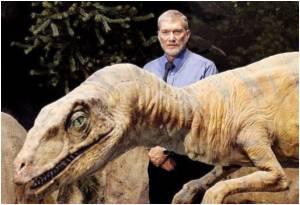 Evolution is commonly thought to take place opportunistically, by small steps, with each change persisting, or not, based on its functional advantage.

A New York Medical College developmental biologist whose life's work has supported the theory of evolution has developed a concept that dramatically alters one of its basic assumptionsthat survival is based on a change's functional advantage if it is to persist. Stuart A. Newman, Ph.D., professor of cell biology and anatomy, offers an alternative model in proposing that the origination of the structural motifs of animal form were actually predictable and relatively sudden, with abrupt morphological transformations favored during the early period of animal evolution.

Newman's long view of evolution is fully explained in his perspective article, "Physico-Genetic Determinants in the Evolution of Development," which is to be published in the October 12 issue of the journal Science, in a special section called Forces in Development. The paper has been selected for early online publication and a podcast interview with the scientist*.


Newman's alternative model is based on recent inferences about the genetics of the single-celled ancestors of the animals and, more surprisingly, the physics of "middle-scale" materials.

The step-by-step process in which organisms evolve new functions has been documented by Michigan State University researchers.
Advertisement
Animal bodies and the embryos that generate them exhibit an assortment of recurrent "morphological motifs" which, on the evidence of the fossil record, first appeared more than a half billion years ago. During embryonic development of present-day animals, cells arrange themselves into tissues having non-mixing layers and interior cavities. Embryos contain patterned arrangements of cell types with which they may form segments, exoskeletons and blood vessels. Developing bodies go on to fold, elongate, and extend appendages, and in some species, generate endoskeletons with repeating elements (e.g., the human hand).

These developmental motifs are strikingly similar to the forms assumed by nonliving condensed, chemically active, viscoelastic materials when they are organized by relevant physical forces and effects, although the mechanisms that generate the motifs in living embryos are typically much more complex. Newman proposes that the ancestors of the present-day animals acquired these forms when ancient single-celled organisms came to reside in multicellular clusters and physical processes relevant to matter at this new (for cellular life) spatial scale were immediately mobilized.

The unicellular progenitors are believed to have contained genes of the "developmental-genetic toolkit" with which all present-day animals orchestrate embryonic development, though they used the genes for single-cell functions. It was precisely these genes whose products enabled the ancestral clusters to harness the middle-scale physical effects that produced the characteristic motifs. And since not every ancestral cluster contained the same selection of toolkit genes, different body forms arose in parallel, giving rise to the modern morphologically distinct animal phyla.

Natural selection, acting over the hundreds of millions of years since the occurrence of these origination events led, according to Newman's hypothesis, to more complex developmental processes which have made embryogenesis much less dependent on potentially inconsistent physical determinants, although the "physical" motifs were retained. As Newman describes in his article, this new perspective provides natural interpretations for puzzling aspects of the early evolution of the animals, including the "explosive" rise of complex body forms between 540 and 640 million years ago and the failure to add new motifs since that time. The model also helps us to understand the conserved use of the same set of genes to orchestrate development in all of the morphologically diverse phyla, and the "embryonic hourglass" of comparative developmental biology: the observation that the species of a phylum can have drastically different trajectories of early embryogenesis (e.g., frogs and mice), but still wind up with very similar "body plans."

Fruit flies and mammals may share evolutionary links in how they control body temperature through circadian rhythm, showing new ways to study the insects as models of human development and disease.
Advertisement
<< In AIDS Progression, Intestinal Viruses May Play A Role
Smartphones With 'Mobile Wallet Apps' Is Now A Rise >>

Compelling evidence has been found by an Evolutionary Biologist at The University of Manchester that parts of the brain can evolve independently from each other.
Advertisement
News A-Z
A B C D E F G H I J K L M N O P Q R S T U V W X Y Z
What's New on Medindia