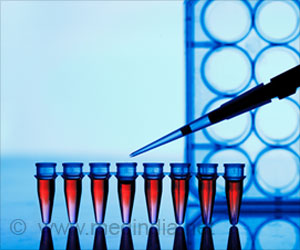 Upper respiratory illnesses are common, yet there is no rapid diagnostic test to confirm more than a handful of common viruses as the cause. A new test that measures RNA or protein molecules in human cells can accurately identify viral infection as a cause of respiratory symptoms, according to a Yale study.

Performed with a simple nasal swab, the test could prove to be a quicker, cheaper way to diagnose respiratory viral illnesses than current methods, the researchers said.


‘The new test could prove to be a quicker, cheaper way to diagnose respiratory viral illnesses than current methods. It could be particularly useful for assessing very sick patients or young children.’


To identify biomarkers, or indicators, of viral infection applicable to many different respiratory viruses, Foxman and co-author Marie Landry, M.D., first tested human nasal cells in the laboratory. With genetic sequencing techniques, they screened the cells for RNAs and proteins that increase when a virus is present.

Foxman and Landry identified three RNAs, and two proteins, that are "turned on" by a virus. They then investigated whether measuring the expression of the genes, or levels of the proteins, could predict the presence of a viral infection.

The researchers found that the RNAs and proteins were both accurate predictors of respiratory viral infection, confirmed by subsequent testing for common viruses. The RNAs predicted viral infection with 97% accuracy. This method also picked up viruses that are not identified by many current lab tests, they said.

"Instead of looking for individual viruses, our test asks the question: 'Is the body fighting a virus?'" said Foxman. "We found we can answer that question very well."

The researchers hope to develop the method into a rapid gene or protein test that doctors could perform in their offices. Such a test could help providers diagnose a viral infection more quickly and accurately than with routine evaluation or more time-consuming and expensive tests, the researchers said.

The test could be particularly useful for assessing very sick patients or young children, they added, and it could also help reduce the misuse of antibiotics to treat viral infections.

"One reason to test is to know why the patient is sick," said Foxman. "The other reason is to make a decision about whether people who are not that sick should get antibiotics."

The research team's goal is to create a gene- or protein-based test available for general use within one to five years, Foxman said.

How Seemingly Acute Viral Infections can Linger
Defective viral genomes which have been known to be involved in triggering an immune response, can kick off a molecular pathway that keeps infected cells alive.
READ MORE

Can Autoimmune Disease After a Viral Infection be Prevented?
Autoimmune diseases like rheumatoid arthritis, lupus erythematosus or multiple sclerosis after an infection can be prevented with the signaling interleukin-2.
READ MORE

Now Fight Viral Infections With Engineered Proteins
By turning a staple protein in every cell into a drug, the virus that causes the Middle East Respiratory Syndrome or MERS can now stopped, says research.
READ MORE 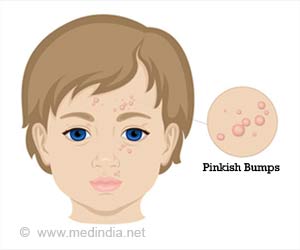