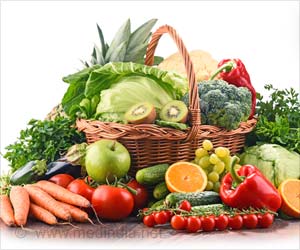 Advanced hydroponics and aeroponics technologies can address the problems of contamination in vegetables, said a greenhouse facility builder. The technology also boosts output required to feed the increasing population in the country.

Sanjay Sudan, Director of Saveer Biotech, said green houses with such facilities allow hygienic, safe vegetable cultivation, which is on demand these days, as excessive use of fertilisers, pesticides are leading to several health hazards.

Advertisement
‘Vegetables grown in greenhouses with hydroponics and aeroponics technologies are healthy and safe since they are grown with optimum use of nutrients, fixed temperature and without outside contamination.’

"Vegetables cultivated at controlled environment facilities are healthy and safe since they are grown with optimum use of nutrients, fixed temperature and without outside contamination," Sudan said, during a media visit to his lab-cum-company in Greater Noida.


In hydroponics, plants are grown in soil-less medium, i.e. water, which is claimed to give better output compared to the conventional farming, while in aeroponics, air in closed chambers is used.
Advertisement
"Any vegetable can be grown anywhere irrespective of geological and climatic conditions," Sudan said, adding that the use of pesticides also becomes negligible in absence of soil and external factors.

"In green houses, we generally use coco-pit for cultivation, in which nutrients such as nitrogen, phosphorus and potassium are given through controlled irrigation along with micro-nutrients. We also use hydroponics for variety of crops. Aeroponics is generally used for potato growing," he said.

At present, Rs 6 lakh is required to build a greenhouse over a 500 sq.m area, which includes expenditure on machinery for irrigation and temperature control, Sudan said. Government subsidy is about 50 per cent of the total cost.

A substantial part of the capital expenditure and operating cost is offset by greater output from greenhouse cultivation.

Sudan said the concept was getting popular among people, and vegetables grown in greenhouses would become cheaper in the time to come.

"At present, greenhouse facilities have been built over 60,000 acre in the country and the coverage is expected to reach 10 lakh acre in next 10 years. The government is also pushing it. As it expands, the technology will become economical, which will make vegetables cheaper," he explained.

More News on:
Why Do We Eat - Nutrition Facts Diet Lifestyle and Heart Disease The Acid-Alkaline balance, Diet and Health Acid Base Dietary Balance and its Influence on Our Health and Wellbeing Health benefits of bananas Snake Gourd Glory Radish - A Bountiful of Nutrition Brand-Food Rules for the New Year Moringa Declining Nutritional Values of Fruits and Vegetables

Security Forces and Administration Destroy Illegal Marijuana Cultivation in Tripura
Hundreds of acres of illegal marijuana crops were destroyed in the Jarulbachai district of West ......

Increase in Cultivation of Medicinal Trees Due to Rising Demand for Herbal Medicine
Potential to raise the level of cultivation of medicinal tree species in smallholder farms, is seen ...

Dutch Cities Strive to Decriminalise Cannabis Cultivation
While the cultivation of cannabis in Dutch cities is still illegal, despite of it being available .....

Radish - A Bountiful of Nutrition
Radish is a winner all the way. It is one of the cheapest and the healthiest foods nature offers us ...