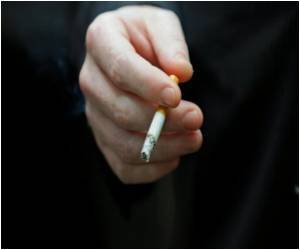 The study found that the new tax would have a significant effect on the state's overall economy because Californians would smoke less and spend their money in other ways.

The initiative, the California Cancer Research Act (CCRA), is on the statewide June 5 ballot. If the measure is approved, state cigarette taxes would rise by $1 a pack, generating an estimated $855 million a year for anti-smoking education programs, medical research, and tobacco law enforcement.


"The primary impact to the California economy, besides the effect on health care, is that people will smoke less and send less money out of state,'' said study author Stanton A. Glantz, PhD, a professor of medicine at UCSF and director of the Center for Tobacco Control Research and Education based at UCSF.

Approximately half the smokers die due to smoking -related diseases. But it is not just the smokers who are at the receiving end. The passive smokers too, often pay a heavy price. If you still have not 'kicked the butt', learn more horrifying facts about smoking by participating in the following quiz.
Advertisement
Currently, approximately 80 percent of money spent on tobacco products is exported to out-of-state tobacco manufacturers and farmers. No tobacco is grown in California and no cigarettes are manufactured here.

Under the legislation, 60 percent of funds generated by the new tax would go to cancer research and to address other tobacco-related diseases, 20 percent toward tobacco cessation and prevention programs, and 15 percent toward facilities and equipment for health services and research. The remainder would go to law enforcement to reduce cigarette smuggling and tobacco tax evasion, and to administer the tax.

The state's independent Legislative Analysts' Office has calculated that the new tax could save more than 100,000 people from smoking-related deaths.

On September 15, 2011, the UC Board of Regents endorsed the initiative. UC campuses are allowed to use their resources to objectively evaluate a ballot measure's impact and to provide educational materials and information.

Glantz' report of the analysis, which estimates both the direct and indirect effects of the initiative on employment and economic activity in California, uses standard estimates of jobs created and economic multipliers categorized by economic sector from the U.S. Department of Commerce. It is available online as part of the University of California's eScholarship program.

If the new tax is approved, the study reports, it would cause some loss of retail jobs due to fewer retail sales - a loss that would be more than offset by a projected 12,000 new jobs in the California economy as a whole as well as in medical research, construction and other activities directly funded by the CCRA.

Altogether, the CCRA would generate a projected $1.9 billion in total economic activity.

A previous UCSF study co-authored by Glantz and James Lightwood, PhD, associate adjunct professor in the UCSF School of Pharmacy, estimated the ballot measure could save California up to $32 billion in health care costs over the next five years. Without the tax, the study concluded, the state's tobacco control program would become less effective over time because inflation is eroding the five cents per pack currently allocated to tobacco control activities.

The new report notes that as a biomedical research center, UCSF conducts the type of research that the CCRA likely would fund.

Do you smoke cigarettes daily? Use medindia smoking risk calculator and calculate your reduced Life Span due to Smoking.
Advertisement
<< Girls Born to Older Mothers Have Increased Breast Cancer Ri...
Health Insurance Market in India to Show Robust Growth by 2... >>

Indian Medical Journals Accident and Trauma Care Noscaphene (Noscapine) Drug Interaction Checker The Essence of Yoga Find a Hospital Blood - Sugar Chart Daily Calorie Requirements Blood Pressure Calculator Pregnancy Confirmation Calculator
This site uses cookies to deliver our services. By using our site, you acknowledge that you have read and understand our Cookie Policy, Privacy Policy, and our Terms of Use