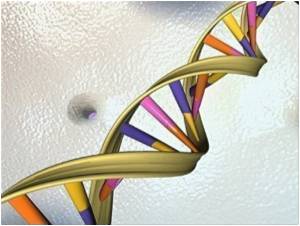 A new research has brought into light the links between signaling molecules, which have implications for potential future treatment of epilepsy, stroke and other problems.

"We now have novel targets for therapeutic intervention for a range of neurological and cardiovascular diseases, including stroke, epilepsy, dementia, hypertension, mental illness and others," said senior author Mark S. Shapiro.

The study appeared in the Journal of Biological Chemistry.

Animation of Heart Attack symptoms. Heart attack is caused due to ischemia of the heart muscles that results in pain and the other symptoms of heart attack.
Advertisement
<< Measles Virus Makes 'Ballroom Dance' Movements to Spread
Mirror That Detects Flu Developed >>

Drug Side Effects Calculator Vent Forte (Theophylline) Post-Nasal Drip Nutam (400mg) (Piracetam) Accident and Trauma Care Diaphragmatic Hernia Blood Donation - Recipients Iron Intake Calculator Indian Medical Journals Find a Hospital
This site uses cookies to deliver our services. By using our site, you acknowledge that you have read and understand our Cookie Policy, Privacy Policy, and our Terms of Use