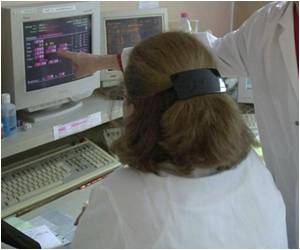 A way to target elusive cells that suppress immune response has been discovered by scientists. The findings of the study are published online by Nature Medicine.

"We've known about these cells blocking immune response for a decade, but haven't been able to shut them down for lack of an identified target," said the paper's senior author, Larry Kwak, M.D., Ph.D., chair of Lymphoma/Myeloma and director of the Center for Cancer Immunology Research at The University of Texas MD Anderson Cancer Center.

The cells, called myeloid-derived suppressor cells (MDSCs), are found abundantly in the microenvironment around tumors. Created with other blood cells in the bone marrow, they interfere with activation and proliferation of T cells, the immune system's attack cells. MDSCs have been shown in mouse models to accelerate cancer progression and metastasis.


"This is the first demonstration of a molecule on these cells that allows us to make an antibody, in this case a peptide, to bind to them and get rid of them," Kwak said. "It's a brand new immunotherapy target."
Advertisement
Kwak has developed anti-cancer therapeutic vaccines to spark an immune system attack against tumors, but their effectiveness has been hindered by factors such as MDSCs that stifle immune response. "The key to taking cancer vaccines to another level is combining them with immunotherapies that target the tumor microenvironment," Kwak said.

Antibodies only bind to target cells Peptide antibodies developed by Kwak and co-discoverer, Hong Qin, Ph.D., assistant professor of Lymphoma/Myeloma, wipe out MDSCs in the blood, spleen and tumor cells of mice without binding to other white blood cells or dendritic cells involved in immune response.

"That's really exciting because it's so specific for MDSCs that we would expect few, if any, side effects," Kwak said. The team is working to develop the same target for use in humans.

With no candidate targets, the team took an objective approach by applying a peptide phage library to MDSCs, which permitted mass screening for candidate peptides - short sequences of amino acids -- that bind to the surface of the MDSCs.

Peptide phage gathered from the MDSCs were expanded, enriched and then sequenced to identify predominant peptides. The team found two, labeled G3 and H6, that bound only to MDSCs; other candidates were eliminated because they also tied in to other types of cell.

They fused the two peptides to a portion of mouse immune globulin to generate experimental "peptibodies." Both peptibodies bound to both types of MDSC - monocytic white blood cells, which engulf large foreign bodies or cell debris, and granulocytic white cells loaded with tiny granules.

The researchers treated mice with two types of thymus tumor with each peptibody, a control peptibody and an antibody against Gr-1. The G3 and H6 peptibodies depleted both types of MDSC in the blood and spleens of mice in both tumor models, while the Gr-1 antibody only worked against granulocytic MDSC.

Both peptibodies also wiped out the MDSCs in both types of thymic tumor and in the blood and spleen of mice with lymphoma.

Shrinking tumors, identifying alarmins To see whether MDSC depletion would impede tumor growth, they treated mice with thymic tumors with the peptides every other day for two weeks. Mice treated with either pep-G3 or pep-H6 had tumors that were about half the size and weight of those in mice treated with controls or the Gr-1 antibody.

Analysis of surface proteins on the MDSCs identified S100A9 and S100A8 as the likely binding targets for the two peptibodies. They're members of the S100 family of proteins, called alarmins, which are released outside the cell as a danger signal in response to inflammation.

MDSCs' mechanisms for blocking immune response are not well-characterized because they've been hard to study for lack of a targeting method, Kwak said.

Kwak and colleagues are working to extend their findings to human MDSCs.

A new class of drugs called immune checkpoint inhibitors block molecules on T cells that shut down immune response, freeing the immune system to attack tumors. The first of these drugs, ipilimumab (Yervoy®) was approved by federal regulators to treat advanced melanoma. It's the only drug ever to lengthen survival for those patients. Additional immune checkpoint inhibitors are under development.

"Immune checkpoint blockade is great," Kwak said. "There have been dramatic response rates, but those drugs also have side effects. Targeting MDSCs could provide an additional way to unleash the immune system."

Immune Response to Influenza is Balanced by IL-27, Reducing lung damage
A strong immune response is elicited by highly pathogenic influenza that can lead to uncontrolled .....

Scientists Report Progress in Understanding Immune Response in Severe Schistosomiasis
A mechanism that may help explain the severe forms of schistosomiasis has been uncovered by ......

Cancer Immunotherapy
Cancer immunotherapy is a new advancement in cancer treatment that uses certain components of a pers...