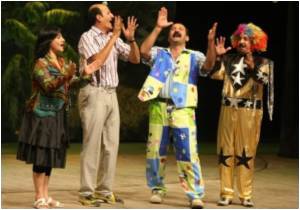 A major new study focusing on their astonishing growth has laid bare Asia's aspirational middle classes that are every marketeer's dream and the future of the world economy.

The Asian Development Bank forecast in the study released Thursday that the spending power of middle class consumers -- anyone consuming between two and 20 dollars a day -- would increase by eight times in the next 20 years.

"The Rise of Asia's Middle Class" also sought to shed light on the characteristics of this burgeoning cross-section of society, concluding that they share many traits with their counterparts in the wealthy West.


They are more likely to be educated, live in urban areas and have fewer children and more progressive values. But they are also prone to over-eating and under-exercising and are keen buyers of cars and household electronics.

A new study has said that nice guys are paid an average of £1,500 a year less than those who are aggressive.
Advertisement
Their rise "may present many challenges, but it will also open up new and unprecedented opportunities for the region and for the world," the ADB concluded.

Not surprisingly, the biggest increase in middle-class Asians, who are estimated to number 1.9 billion now, will be observed in the two Asian giants with the largest populations, China and India.

China has so far been much more successful in elevating poor people, with 817 million or 63 percent of its population in the higher category in 2008, reflecting its much larger economy.

India's middle classes numbered 274 million in the same year, just a quarter of its vast 1.1-billion-strong population, according to data cited by the ADB.

Both countries will have more than a billion people in the higher income group by 2030, though China's population is expected to be significantly wealthier, other statistics showed.

"Projections suggest that by 2030 much of developing Asia will have attained middle class and upper class status," said ADB chief economist Jong-Wha Lee in the foreword to the study.

Rising incomes in Asia are expected to be the main motor for the global economy as consumers buy increasing numbers of refrigerators, cars, mobile phones and holidays.

Consumers in the West are in the process of reducing their personal debt and saving more after their borrowing-fuelled binge of the last decade, meaning their impact on growth has been reduced.

In contrast, Asian consumer spending was clocked at 4.3 trillion dollars in 2008 and is forecast to grow to 32 trillion in 2030 to reach 43 percent of the world's total, the ADB said.

"As the region emerges relatively stronger than other parts of the world from the last two years of (economic) turmoil, it appears set to assume a much bigger role in the global economic structure and recovery," Lee added.

The social and environment implications of such an explosion of consumerism are significant, however.

Climate change, environmental degradation, competition for water resources and land pressures are just some of the potential downsides of the rise of vast numbers of people seeking the material comforts familiar in the West.

There are also major public health considerations, the ADB underlined, with the Asian middle classes already showing signs of adopting entrenched Western habits of eating food that is high in calories and fat.

Diabetes, heart disease and cancer are on the rise.

"All indications are that in the next 20-30 years, Asia will be faced with an increasing number of chronic diseases on a scale previously unseen," the report said.

There is also a risk that major economic disruption -- another financial crisis, wars or large natural disasters -- can reverse the movement of people into higher income categories, the ADB said.

But the trend is clearly positive, with increasing personal wealth creating a virtuous circle of enterprise.

The report cited numerous example of how companies were increasingly innovating to produce low-cost items for the Asian middle classes, something it dubbed "frugal innovation" exemplified by India's Tata Nano car, the world's cheapest automobile.

Two of the world's leading psychological experts on happiness say that money may help people feel better about their lives, but it may not necessarily improve their quality of life.
Advertisement
Advertisement
This site uses cookies to deliver our services.By using our site, you acknowledge that you have read and understand our Cookie Policy, Privacy Policy, and our Terms of Use  Ok, Got it. Close
×