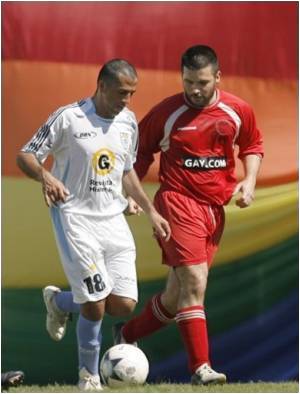 A study on Football penalty kicks has revealed the perfect spots to hit a penalty, spots where the keeper wins and the spots with almost hundred percent success rate.

Study shows that the bottom-left corner has so far had a 100 percent success rate and shots aimed there do not have to be as close to the post as those to the right-hand corner.

And every shot aimed into the upper third of the goal has gone in, even those shot straight down the middle.


The study also revealed that the teams going first had won nine successive shootouts, until the current tournament's quarter- final when Holland became the only team in 12 years to win by going second. It was also discovered that every shot above stomach height straight down the middle had scored.
Advertisement
The eighth penalty was the most missed, with 42% failing, compared to an overall average of only 29% failure. England has the worst World Cup penalty record, with seven misses in 14 attempts.

Ex-England star Matt Le Tissier, who scored 47 out of 48 penalties, said that pressure was a crucial factor.

He added that the best penalty takers are those who take the attitude that they don't give a damn if they miss! The person has to want to be taking it and look forward to it and have confidence.

Source: ANI
Advertisement
<< New Travel Gadget 'Napwrap' to Hold Your Arms While Napping
Baboons Groom Each Other Early in the Morning for Favors >>

Neymar is the Justin Bieber in Football Cleats
"First comes God, then family and then Neymar," says 17-year-old Rayellen Andrade, wearing the ......

Football can Help Middle-Aged Women Keep Their Blood Pressure in Check
While football is usually seen as a man's game, playing it can help reduce blood pressure among ......