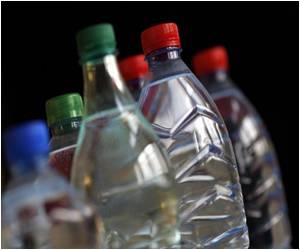 Close on the heels of the decision of Bundanoon, a small town near Sydney, to ban sale of bottled water, the New South Wales Premier Nathan Rees has ordered all State Government departments and agencies to stop buying bottled water.

Mr Rees already ordered all ministerial offices in Sydney's CBD to make do with tap water when he took on the top job last year.

He has today extended that instruction, saying the State Government should lead by example.


"We're asking government departments to phase it out unless there is obvious and practical commonsense reasons not to in the event someone doesn't have cool water in a hot environment," he said.

Water Crisis Building Up Across the World, Fight Back, Says Activist

Maude Barlow, winner of the 'Right Livelihood Award' in 2005 warns of a huge water crisis across the world and says time communities asserted their right to this precious resource.
Advertisement
The Premier says the move will save taxpayer money and help reduce the impact on the environment of producing and throwing away plastic bottles.

Mr Rees is also planning a public campaign to discourage the use of bottled water by the wider community, ABC News reported.

For Australia, it's "time for people to realize they're being conned by the bottled water industry," said Jon Dee, one of the people behind the campaign in Bundanoon, a town of about 2,500 residents.

After the near-unanimous vote on banning bottled water at a town meeting this week, the residents let out a triumphant cheer.

What most upset the residents was a plan to build a water-extraction plant in town. "Residents," reports the AP, "were furious over the prospect of an outsider taking their water, trucking it up to Sydney for processing and then selling it back to them."

Local businesses in the town of 2,500 people are proposing to replace the bottles with reusables and then offer directions to filtered water fountains that will be installed on the main street.

The 'Bundy on tap' campaign was suggested by Bundanoon businessman, Huw Kingston, after a company applied to pump water out of a local aquifer to supply the bottled market.

"I put a little article, 'Does Bundanoon have the bottle to go bottled-water-free?' in our local newsletter," he told ABC Radio's AM program this morning. "I guess we have gone on from there."

"I think there is an overwhelming opposition to the marketing scam that is stilled bottled water," he said.

"Huge amounts of resources are used to extract, bottle and transport that bottled water, and much of the package ends up as litter or landfill," he said.

"Environmentally, it makes no sense and... what we are trying to do in Bundanoon is show that a community can live without single-use bottled water."

Mr Dee, who was behind the campaign that saw plastic bags banned in the Tasmanian town of Coles Bay, says other towns around the country would not find it hard to follow Bundanoon's lead.

How to Choose the Best Eczema-Friendly Moisturizer for Children?
View all
News Archive
News Resource
Advertisement
News Category
Advice to Meat Eaters Amidst the Outbreak of Monkeypox Monkeypox may Provoke Travel Restrictions  Here's Why Global Outbreak of Rare Monkeypox Disease in Europe 5 Million Animals Vaccinated Against Foot-and-Mouth Disease in Mongolia Poor Vision is Usually Mistaken for Brain Cognition
More News
Sign up for Wellness Consult a Doctor Sign up for Selfcare