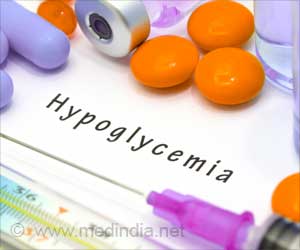 A new glucagon delivery system may make it possible for people with post-bariatric hypoglycemia to live free from this dangerous complication. The delivery system created by research teams from the Joslin Diabetes Center and Harvard School of Engineering and Applied Sciences can predict a hypoglycemic episode and automatically delivers glucagon. The study is published in Diabetes Technology & Therapeutics.

Current treatments for post-bariatric hypoglycemia, including a special diet and medications, have their limitations. In recent years, however, a number of innovative advances have opened the door to a new approach.

Advertisement
‘New glucagon delivery system reduces episodes of hypoglycaemia by predicting when an episode is likely to happen and delivering glucagon right before the person became hypoglycemic.’

"One potential way to treat this complication is to use glucagon, a natural hormone made by the body that raises glucose. It is used to treat severe hypoglycemia in patients with diabetes. If we give someone glucagon right before they became hypoglycemic we might be able to prevent hypoglycemia," says study senior author Mary-Elizabeth Patti, MD, FACP, Director of the Hypoglycemia Clinic at Joslin Diabetes Center.


"Essentially, we are combining three new developments into one system that is being used to both prevent and treat hypoglycemia," says Dr. Patti.
Advertisement
The components of this novel system include a continuous glucose monitor (CGM), which is a sensor that checks glucose values every five minutes; an investigational form of glucagon that can be delivered rapidly and precisely through a pump; and a mobile platform (pAPS) that hosts a novel hypoglycemia prediction algorithm developed by the research team from Harvard John A. Paulson School of Engineering and Applied Sciences (SEAS) directed by Eyal Dassau, PhD, senior author of the paper.

"The algorithm predicts when a hypoglycemic episode is about to occur and sets off alerts and can automate glucagon delivery," says co-author Alejandro J. Laguna Sanz, PhD, from the Harvard team.

In this preliminary study, the research team tested the system on seven participants diagnosed with post-bariatric hypoglycemia. After the delivery system was placed on the participants, they were given a high carbohydrate liquid meal to induce severe hypoglycemia and were then monitored for many hours.

Investigators used what is called an open system. It beeped when participants were at high risk for hypoglycemia. At that point, an investigator would administer a dose of glucagon.

Over the course of the study, progressive changes were made to the computer algorithm and the glucagon dosage in order to fine tune the approach. Corrections were made by using earlier hypoglycemia alarms or larger glucagon doses.

The system is feasible and safe, according to investigators. "This is a perfect example of medically-inspired engineering where a team from SEAS is partnering with a clinical team to resolve a major clinical need," says Dr. Dassau.

The single-dose glucagon used in the study was well-tolerated. It raised serum glucagon yet did not provoke increased insulin. This prediction system successfully alerted investigators to impending hypoglycemia, and as the algorithm was refined throughout the study, the amount of time participants experienced hypoglycemia decreased significantly.

"This will provide a new treatment for patients who typically have difficulty recognizing low blood sugars," says Dr. Mulla. "Many of these patients can have hypoglycemia unawareness, which means that they don't know their blood glucose is dropping. Consequently they can become incapacitated and have difficulty treating themselves once they do recognize that they are not feeling well."

While this study tested an open loop system, meaning the investigators had to activate the delivery of the medicine, it has cleared the way for future studies where the closed loop system (the computer algorithm collects the data, detects hypoglycemia, and tells the pump to deliver glucagon) can be used.

Currently the research team is conducting a randomized, double-blind placebo-controlled trial of this system, which aims to show whether the closed loop system can prevent hypoglycemia.

"The system that we are testing now is the one we hope to use in patients as an outpatient treatment," says Dr. Patti.