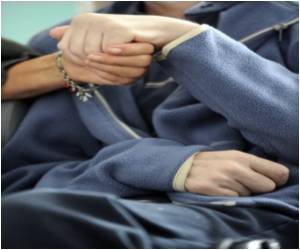 A new skin patch that aids in improving the memory in those with Alzheimer's.

But in a major U-turn, the UK's drug rationing body has agreed to let those in the early stages of the devastating disease have access to three life-boosting drugs.


Although the drugs cannot cure Alzheimer's, they improve functioning, such as the ability to pay attention and plan.

They have also been shown to increase alertness, improve mood and restore confidence, and there is evidence they can alleviate anxiety, depression and apathy.

Alzheimer's disease is a complex brain disorder that triggers the most common form of dementia. The slide show will show how patients need support and care as dementia progresses.
Advertisement
Exelon can be taken as a pill, an oral solution or a skin patch. The patch has been shown to reduce side effects such as nausea and vomiting, which often occur when taking the medicine orally.

"These drugs hold the promise of relief from the symptoms of Alzheimer's for thousands of people and, while not the cure we desperately need, they can still help," the Daily Express quoted Rebecca Wood, chief executive of the Alzheimer's Research Trust, as saying.

New molecular tools that 'cleanse' the brain of amyloid plaques, thought to be one of the factors in Alzheimer's disease, have been developed by scientists at the University of Michigan.
Advertisement
Advertisement