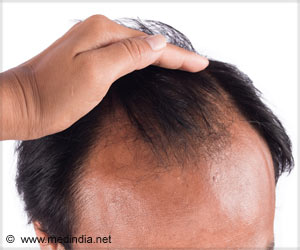 New shorter incision carried just above the top of the ear could be the solution to hide scar for bald men who underwent facelift surgery, according to a new study in the Plastic and Reconstructive Surgery®, the official medical journal of the American Society of Plastic Surgeons (ASPS).

Statistics from the American Society of Plastic Surgeons reveal that more than 12,000 men had facelift surgery in 2018: an increase of three percent from the previous year.

In the conventional technique, the incision proceeds upward along the temple, in a location that's easily hidden behind the hairline. But that's not an option for many men, particularly those with hair loss.


According to the American Hair Loss Association, two-thirds of men experience some degree of hair loss by age 35. By the age of 50, about 85 percent of men have significantly thinner hair. Rather than the traditional linear scar, the new incision changes direction at two or more points, following the shape of the front of the ear.
Advertisement
Although somewhat shorter than the conventional incision, it still allows access to the deeper tissue layers for an effective, long-lasting facelift. While the shorter incision involves some excess skin, the technique includes steps for handling this problem.

The incision is strategically placed so that the outline of the ear helps to camouflage the scar, according to the report by Michele Pascali, MD, PhD, of University of Rome Tor Vergata, and colleagues. "Our proposed approach has proven to be reliably effective in obtaining virtually invisible scars and helps to meet the challenges of face-lifting in men who are bald," Dr. Pascali comments.

Dr. Pascali and colleagues evaluated the outcomes of 68 bald men (average age 55 years) who underwent a facelift procedure using the short-scar technique. At least one year after surgery, the men completed a questionnaire assessing their perceived results and satisfaction. The study also included evaluation of before-and-after photographs by a three-member jury. Both assessments focused on the appearance, quality and extent of scars.

That was consistent with the panel of experts, whose ratings of scar quality were between 8 and 10 for all patients but one. None of the patients had major complications; three later underwent a minor procedure to improve the final scar quality.

As a growing number of men express interest in facelift surgery, "Baldness unquestionably represents a challenge," Dr. Pascali and coauthors write. They note that their paper is the first to focus on the unique challenges of performing facelifts on bald men.

They believe their technique also helps meet other requirements of men seeking facelift surgery, including their demand for the shortest possible recovery time. The short-scar technique "makes it possible to obtain excellent results that meet the expectations of bald male patients."

The article reflects the specialty's commitment to address the unique aspects of plastic surgery in men. Of more than 120,000 facelift procedures performed in 2018, about ten percent were on men, according to ASPS statistics.

Surprising Relationship between Scalp Tattoos and Baldness
What's a scalp tattoo? Is it a cure for baldness in both men and women? Is it safe? Read on to get ....