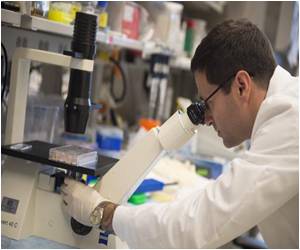 Immunotherapy, which has shown remarkable success against advanced melanoma skin cancers, is now being used to target other cancers that are difficult to treat. The results of several clinical trials were presented on the opening day of the American Society of Clinical Oncology's (ASCO) annual conference in Chicago on Friday.

Results show early, limited successes in immunotherapy compared to conventional cancer treatments such as chemotherapy in the treatment of diseases such as metastatic cancers of the liver, head or neck as well as against the most common type of lung cancer, known as "non-small cell."

Treating cancers with immunotherapy and radiotherapy at the same time could stop them from becoming resistant to treatment, claims a study published in Cancer Research *.
Advertisement

Typically, tumors exploit certain weaknesses in immune cells to block their attacks or to appear invisible to the body's natural defenders. But immunotherapy can harness the power of the immune system so it is trained to attack cancer.


In some cases, immunotherapy has been shown to completely eradicate cancer. But it doesn't work for everyone.

"The field of targeted immunotherapy gets more exciting every year," said Lynn Schuchter, an ASCO specialist who on Friday presented four clinical trials. "With these trials, we're rapidly moving past the era in which immunotherapies are seen as breakthroughs for melanoma alone. Remarkably, these drugs are proving effective in other cancers where practically no other treatments work. Just as important, it's possible that we'll be able to pinpoint, in advance, which patients are the best candidates for these therapies."

Reason Behind the Success and Failure of Immunotherapy Drug Decoded

Researchers have made a key discovery that gives an understanding of why some patients respond to ipilimumab, an immunotherapy drug, while others do not.
Advertisement
- Liver, Head and Neck Cancers -

A small, Phase I clinical trial with 42 patients suffering from advanced liver cancer, presented Friday at the conference, showed a reduction of more than 30 percent in tumors in 42 percent of participants with the nivolumab (Opdivo) antibody from the US laboratory Bristol-Myers Squibb, compared to two percent in the control group being treated by conventional chemotherapy.

"While we have to verify this early signal in larger studies, this is one of the first signs that immunotherapy with immune checkpoint inhibitors will have a role in the treatment of liver cancer," which kills more than 600,000 people worldwide each year, said Anthony El-Khoueiry, professor of medicine at the university of Southern California in Los Angeles, which led the study.

Nivolumab works by neutralizing a protein called PD-1 found in tumor cells. The protein makes the rogue cells invisible to the immune system. Underscoring that the antibody is safe for sick people, El-Khoueiry said preliminary data were promising.

Another clinical test with the antibody pembrolizumab (Keytruda) from Merck's US laboratory also targets the PD-1 protein in cancerous cells. It was said to be promising in cancers of the head and neck.

Out of 132 patients, 57 percent had a reduction in their tumor and in some cases it disappeared altogether.

"The efficacy we saw was remarkable pembrolizumab seems to be roughly twice as effective, when measured by response, as our only targeted therapy cetuximab," said Tanguy Seiwert, a professor of medicine at the University of Chicago, a co-author of the study. "We have high hopes that immunotherapy will change the way we treat head and neck cancer," he added.

He said two phase III studies were underway to evaluate the treatment pembrolizumab, comparing it to standard treatment in patients with a recurrent metastatic cancer of the head and neck.

Additionally, the nivolumab antibody prolonged the life of patients with even the most widespread lung cancer.

Among 582 patients with advanced non-small cell lung cancer who were treated with nivolumab, 19.2 percent saw their tumors shrink compared to 12.4 percent in the control group treated with chemotherapy.

Survival rates increased by more than 30 percent, even double in some patients.

"This is the first phase III study to show that immunotherapy is effective against non-squamous cell (non-small cell lung cancer)," said Luis Paz-Ares, medical professor at the University Hospital of Madrid, which led the study.

Patients with different types of cancer respond differently to treatment. The presence of an immune-suppressing protein in non-cancerous immune cells may predict this response.
Advertisement
Advertisement

Immune checkpoint inhibitors are promising drugs to treat a variety of cancers and the FDA has approved usage ...
This site uses cookies to deliver our services.By using our site, you acknowledge that you have read and understand our Cookie Policy, Privacy Policy, and our Terms of Use  Ok, Got it. Close
×