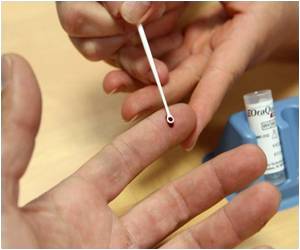 Up to 3.9 million people in the United States are infected with HCV, a virus that can cause inflammation and permanent liver damage. The infection is most prevalent among people born from 1945 through 1965, and approximately 50 to 75 percent of those with HCV are unaware that they are infected. This is a problem because HCV progresses slowly, and the risk of serious complications increases as time passes.

The recommendation developers sought to identify testing strategies that would increase the proportion of HCV-infected persons who know their status. In particular, whether a testing strategy based on year of birth would identify persons living with HCV infection who have not been identified by risk-based testing. They conducted a systematic review of evidence published between 1995 and February 2012 to assess the prevalence of HCV and clinical outcomes. They found that the proportion of people born between 1945 and 1965 with HCV antibody was higher than that of the general population. Among that cohort, the recommendation authors found strong evidence that achieving sustained virologic response (SVR) was associated with reduced risk for death and liver cancer.

How many of us know that the liver is a vital organ the size of an American Football? To understand more about the liver and its functions spend a few minutes taking part in this quiz.
Advertisement
Previously, the CDC recommended antibody screening only of individuals with health or lifestyle indicators suggesting potential infection. These indicators include a history of injecting drugs, having a blood transfusion before 1992, or being a chronic hemodialysis patient. Low case identification may result from the difficulty of implementing risk-based screening given the limited time of primary care visits and unease in discussing behavioral risks.

Liver is the largest organ inside the human body. It performs 500 different functions and processes 720 liters of blood per day. The important functions of the liver, the development of liver cancer and it's symptoms are presented in this interactive.
Advertisement
<< Speech Patterns can Reveal the Severity of Depression
Watching Re-runs of Old TV Shows can Increase Your Self Con... >>

Vasculitis
News Archive
News Resource
Advertisement
News Category
Which is a Better Form of Exercise: Daily or Weekly? First Phase of Foot-and-Mouth Disease Vaccination Shocking News: Polio Cases Return After a Decade in the US Death Caused by a Rare Type Amoeba: Research Study Japan Approves Smallpox Vaccine for Monkeypox
More News
Sign up for Wellness Consult a Doctor Sign up for Selfcare