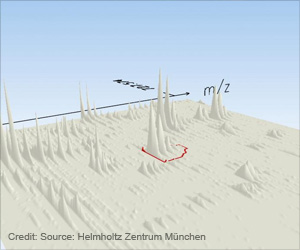 A research team from Helmholtz Zentrum Munchen, partners in the German Center for Diabetes Research (DZD) has found that type 1 diabetes can be easily predicted by the presence of certain proteins in the blood of children.

The study findings was reported in the journal Diabetologia.

An overview of type 1 diabetes, its contributing factors, management and adopting a healthy lifestyle to cope with it.
Advertisement
‘Presence of certain proteins in the blood serves to be a warning sign for emerging type 1 diabetes in children.’

The work was based on two large studies that are intended to explain the mechanisms behind the development of type 1 diabetes (BABYDIAB and BABYDIET*). The study participants are children who have a first-degree relative with type 1 diabetes and who consequently have an increased risk of developing the disease due to the familial predisposition. This autoimmune process does not develop from one day to the next, however: Often the young patients go through longer asymptomatic preliminary stages that see the formation of the first antibodies against the child's own insulin-producing cells in the pancreas; these are the so-called autoantibodies. Biomarkers that indicate whether and when this is the case and how quickly the clinical symptoms will appear could significantly improve the treatment of patients at-risk.


A team of scientists, led by Dr. Stefanie Hauck, head of the Research Unit Protein Science and the Core Facility Proteomics, and Prof. Dr. Anette-G. Ziegler, Director of the Institute of Diabetes Research (IDF) at the Helmholtz Zentrum München, analyzed blood samples from 30 children with autoantibodies who had developed type 1 diabetes either very rapidly or with a very long delay. The researchers compared the data with data on children who displayed neither autoantibodies nor diabetes symptoms. In a second step with samples from another 140 children, the researchers confirmed the protein composition differences that they found in this approach.

During summer break it is important for parents and children with type 1 diabetes to stick to an eating and sleeping schedule.
Advertisement
New biomarkers for diagnosis

"Altogether, we were able to identify 41 peptides** from 26 proteins that distinguish children with autoantibodies from those without," reports Dr. Christine von Toerne, a scientist in the Research Unit Protein Science who shared first authorship of the work with Michael Laimighofer, a doctoral candidate in Jan Krumsiek's junior research group at the Institute of Computational Biology. Striking in their evaluations: A large number of these proteins are associated with lipid metabolism. "Two peptides -- from the proteins apolipoprotein M and apolipoprotein C-IV -- were particularly conspicuous and were especially differently expressed in the two groups," von Toerne adds. In autoantibody-positive children, it was furthermore possible to reach a better estimate of the speed of the diabetes development using the peptide concentrations of three proteins (hepatocyte growth factor activator, complement factor H and ceruloplasmin) in combination with the age of the particular child.

The researchers are confident that the protein signatures they have discovered will be helpful as biomarkers for future diagnostics. "The progression of type 1 diabetes into a clinical disease takes place over a period of time that varies from individual to individual and that at this time is insufficiently predictable," explains Prof. Ziegler. "The biomarkers that we have identified allow a more precise classification of this presymptomatic stage and they are relatively simple to acquire from blood samples."

During summer break it is important for parents and children with type 1 diabetes to stick to an eating and sleeping schedule.
Advertisement
<< Newly Identified Leukemia Subtype With Possible Targeted Th...
RNA Studies Hold Out Hope for Development of Anti-Cancer Dru... >>

For the first time, all patients on dapagliflozin experience an increase in ketones. This may predispose people to developing diabetic ketoacidosis.

Post-Nasal Drip The Essence of Yoga Diaphragmatic Hernia Drug - Food Interactions Sanatogen Blood Pressure Calculator Sinopril (2mg) (Lacidipine) Nutam (400mg) (Piracetam) Daily Calorie Requirements Hearing Loss Calculator
This site uses cookies to deliver our services.By using our site, you acknowledge that you have read and understand our Cookie Policy, Privacy Policy, and our Terms of Use  Ok, Got it. Close
×