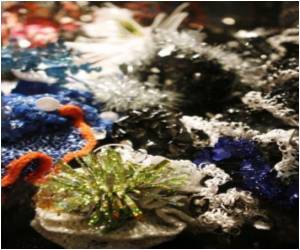 The Health Protection Agency in the UK is taking stringent measures to investigate the latest fad of fish pedicures as there have been concerns over safety issues.

The therapy involves dipping the feet into tanks where Garra rufa fish flock around to nibble at the dead skin.

It might make your feet look attractive, but a pedicure can actually do more harm than good, suggests an expert.
Advertisement

Garra Rufa fish are tiny, toothless carp from Turkey and are known as "doctor fish" as they have been used to nibble at the dead skin on the feet and get rid of it. They clean and heal the area using naturally-produced enzyme Diathanol.  They had become very popular in spas in the UK, after appearing on the television show The Only Way is Essexandalso with celebrity endorsements.
Nevertheless, certain states in the US had prohibited their use over health and safety concerns since the same fish would clean the skin of multiple customers and this increased the risk of passing on infections.


It is regarding the same concern about diseases passing from person to person through open wounds that the investigation in the UK has begun. Environmental health officers are behind the investigation.

Britain plays host to what could be called as a nail-biting competition for the last six years-the Nailympics- the self-styled 'Olympic Games of fake nails', where nail artists and
Advertisement
Although there has been no report of infections so far, a Health Protection Agency spokesperson said, "Alongside colleagues in environmental health, Health Protection Scotland and the Health and Safety Laboratory, the HPA will examine the most up to date evidence of any possible risks associated with Garra rufa fish pedicures and will publish guidelines that will be available UK-wide."

After gaining popularity in China, Japan and other countries, fish pedicure has emerged as a new age beauty treatment for tired souls in Chennai.
Advertisement
<< Australian Soldiers Save Sperm for Wives, Girlfriends
Chemotherapy Effects Minimized by Fish Oil >>

Daily Calorie Requirements Drug - Food Interactions The Essence of Yoga Nutam (400mg) (Piracetam) Selfie Addiction Calculator Accident and Trauma Care Loram (2 mg) (Lorazepam) Indian Medical Journals Diaphragmatic Hernia Find a Hospital
This site uses cookies to deliver our services.By using our site, you acknowledge that you have read and understand our Cookie Policy, Privacy Policy, and our Terms of Use  Ok, Got it. Close
×