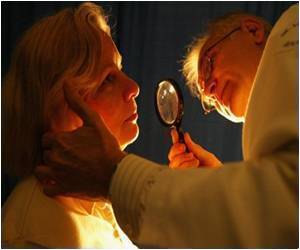 In just two hours, the new technique can obliterate tumours caused by the most common skin cancers without surgery or conventional radiotherapy.

How much do you know about the human skin? Please take this quiz and find out.
Advertisement

According to scientists, there are minimal side effects and the treatment does not even leave a scar.


The breakthrough therapy, which has been used on 700 patients in Italy with a success rate of up to 95 percent, could be available in the UK within two years to treat basal cell carcinoma and squamous cell carcinoma.

A new research suggests that banning of sunbed use could prevent a quarter of cases of skin cancer in people below 40.
Advertisement
The treatment is not suitable for malignant melanoma, which is the deadliest form of skin cancer.

The vast majority of those who suffer from less dangerous forms of cancer have surgery to remove the affected tissue.

Other treatments include radiotherapy and "freezing" of the tumours if they are small and superficial.

However, an estimated 3 percent of patients have deep tumours that are difficult to remove surgically because they are on sensitive areas such as the eyes, nose or ears. Others cannot have surgery due to age or medical conditions.

These patients are given radiotherapy, which involves at least ten sessions at a hospital and often results in serious side-effects.

For the new technique, Italian researchers harnessed rhenium-188, a radioactive isotope which was previously rare and expensive but is now being supplied in quantities large enough to treat thousands of patients a week by nuclear physicists at the British-funded Institut Laue-Langevin in France.

The treatment, which is said to be painless, involves putting a piece of surgical foil on the tumour area, painting on the radioactive paste and removing it one or two hours later.

Researchers believe that the radiation causes healthy skin to re-grow, so that there is no scarring.

In the Italian trial, 85 percent of patients were cured after one treatment and up to 95 per cent after three treatments.

"This means that patients with large and difficult-to-treat tumours not only have hope but keep their quality of life under what would otherwise be dire conditions," the Daily Mail quoted Oliver Buck, chief executive of the German technology firm ITM which developed the therapy as saying.

"These people sometimes have to go through horrible surgery which removes part of their face. By contrast this treatment is generally done in a single non-invasive session," he said.

Trials are now being held in Germany and Australia, and Buck believes that the treatment could be licensed in the UK within two years, which will "certainly" be cheaper than current therapies.

Researchers at Moffitt Cancer Center, Florida, have uncovered strong links between smoking and non-melanoma skin cancers in women. The study is published in Cancer Causes & Control.
Advertisement
<< Is Talking Back Good for Your Future?
Men are More Conscious About Beer Bellies, Lack of Muscles >>