New Mystery Virus Does Not Appear Contagious: WHO 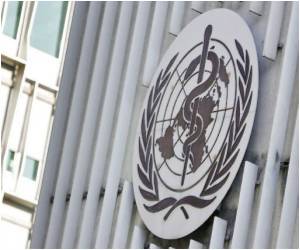 A new mysterious respiratory virus that has killed at least one person and left another in critical condition does not appear very contagious, the World Health Organisation said.

"From the information available thus far, it appears that the novel coronavirus cannot be easily transmitted from person to person," the WHO said in a statement.

WHO spokesman Gregory Hartl told reporters in Geneva that rapid progress was being made in characterizing the disease and developing diagnostic tests, which would be made available as quickly as possible.


The origin of the new virus was still unknown, he said.

The UN health agency has previously confirmed that the new illness was in the coronavirus family, which also includes the deadly SARS virus as well as the common cold.

How to Take Temperature

Body temperature which is the internal temperature of a living organism.
Advertisement
The new virus however is different from SARS, especially in that it causes rapid kidney failure.

The new virus has caused the death of a Saudi national and has also left a Qatari man seriously ill in a London hospital after he was transferred there from Doha earlier this month, the WHO previously reported, adding that he had also been in Saudi Arabia.

The two known cases surfaced three months apart and there was no clear connection between the two men.

"Given the severity of the two laboratory confirmed cases, WHO is continuing to monitor the situation in order to provide the appropriate response, expertise and support to its member states," Friday's statement said.

WHO said that tests for the new virus were currently available at some of its partner laboratories for patients under investigation.

With pilgrims already arriving in Saudi Arabia for the upcoming Hajj pilgrimage, the WHO reiterated Friday that it was not yet recommending travel or trade restrictions for the Saudi kingdom or Qatar.

"WHO is working closely with the national authorities of the involved countries (Qatar, Saudi Arabia, United Kingdom) and international partners in order to better understand the public health risk from the novel coronavirus," the agency said.

SARS is a viral respiratory disease caused by SARS-associated coronavirus.
Advertisement
<< Ultra Thin Electronic Devices That Dissolve in Water Develo...
What Goes on in Your Mind When You are Bored? >>