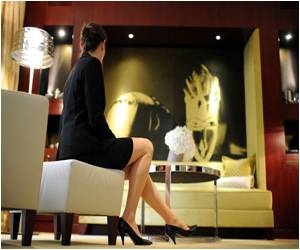 Flora Coquerel, a Franco-Beninese student has said that she is proud to represent a "cosmopolitan" country after being crowned the new Miss France in a lavish ceremony.

Coquerel, a 19-year-old from Orleans, beat 33 other competitors to take the title in the nationally televised competition in Dijon on Saturday night.

Her victory came amid concern over a series of racist incidents in France, including slurs against the country's top black politician, Justice Minister Christiane Taubira, who has been compared to a monkey several times in recent months.


In her first post-pageant press conference, Coquerel suggested her victory was a evidence of France's acceptance of different backgrounds.

"I am very proud to represent a cosmopolitan France," Coquerel said, adding that she hoped to use her title to promote literacy and the integration of women in the workplace.
Advertisement
Before the competition, Coquerel, whose mother is from Benin in West Africa, told France 3 television that she believed her mixed heritage was an advantage.

"It shows that today's France is a mixed France, where there is every culture, and I think a lot of people will see themselves in me," she said.

Coquerel was chosen by a combination of votes from the television audience and from a jury of celebrities.

The jury was this year headed by French Canadian singer Garou, after movie star Alain Delon quit as honorary president for life in October in a row over his backing of the far-right National Front party.

Best Place to Emigrate: France
It has emerged that France has topped the poll as being the best place to emigrate....

Euthanasia Debate Crops Up in France After Recent Elderly Suicides
Two couples in their 80s have committed suicide by swallowing medicines in Paris, prompting a ......

Expert Says No Need to Panic as France Hit by Cancer Vaccine Scare
As a scare over a widely-administered vaccine to prevent cervical cancer gathered momentum, a ......