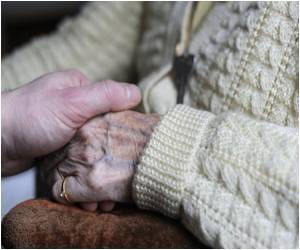 Alzheimer's disease (AD) is the most common cause of memory decline and dementia. According to the Alzheimer World Report 2011, today around 36 million people suffer from Dementia (around 20 - 25 million are Alzheimer's patients). These numbers will dramatically increase with the aging populations over the next few decades. For the year 2050 the expected number of dementia patients will be 115 - 200 million (70 - 150 million Alzheimer's cases). It is therefore important to develop new therapies and diagnostic methods to detect and treat this complex chronic neurodegenerative brain disease.

Alzheimer's disease is characterized by aggregates in the brain, containing a protein called beta-amyloid. The neuropathology of Alzheimer's disease has recently been linked to the neurotoxic amyloid-β (Aβ) oligomers. The crucial role of Aβ oligomers in the early events of AD is experimentally underlined. Several recent results suggest that those oligomers may cause the death of neurons and neurological dysfunctions relevant to memory. Furthermore Aβ oligomers levels are increased in brain and cerebrospinal fluid samples from people with Alzheimer's disease. This reflects the potential of Aβ oligomers as a marker for the early diagnosis of the disease.


An international team of scientists from Germany, Sweden and the U.S. have used a new method to quantify soluble variants of aggregated beta-amyloid (Aβ oligomers) in cerebrospinal fluid by flow cytometry. "We found that patients with a greater number of Aβ oligomers in the cerebrospinal fluid had a more pronounced disease," says Dr. Alexander Navarrete Santos (the developer of this method and now employee of the Research Laboratory of the University of Halle, Department of Cardiothoracic Surgery), and first author of the study.

Alzheimer's disease (AD) is the most common form of dementia. Participate in this quiz to find out how much you know about this debilitating disease.
Advertisement
He analyzed the cerebrospinal fluid of 30 neurological patients, including 14 Alzheimer's patients. "These samples provided from leading expert academic memory clinics in Germany and Sweden are of the best quality and are highly characterized in order to provide robust and reliable results on promising novel biomarker candidates", Professor Harald Hampel of Frankfurt University, a lead investigator comments.

"Because of the limited number of samples, however, further study is needed to confirm the results," said Dr. Oskar Hansson of Lund University. The study was an international cooperation with the University of California in the U.S., the Goteborg and Malmö Universities from Sweden and the University of Frankfurt in Germany.

The test might not only be used for the early detection of AD but can also be used when developing new and effective therapies for AD. A decline in the number of Aβ oligomers in cerebrospinal fluids could be a hint for the effectiveness of new drug therapies.

Alzheimer's disease is a complex brain disorder that triggers the most common form of dementia. The slide show will show how patients need support and care as dementia progresses.
Advertisement
Advertisement