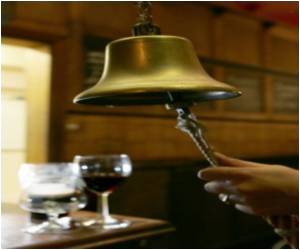 The legislation for late licensing, introduced by the previous Labour government in 2005, was meant to usher in a so-called "cafe culture" and encourage more moderate drinking habits.

But critics claim it has instead led to an increase in alcohol-related violence and done little to temper the heavy drinking which makes some British town centres no-go zones on Friday and Saturday nights.


Theresa May, Home Secretary in the new Conservative-Liberal Democrat coalition, is to publish proposals which would increase powers for local authorities to act, the Telegraph and Daily Mail newspapers said.

Alcohol and driving do not mix. Drunken driving is the cause of many deaths in the world.
Advertisement
Authorities would be given powers to introduce a ban on drinking after midnight in entire streets or towns, said the Telegraph.

And some pubs and clubs that do stay open later will be made to pay a levy to cover the extra cost of policing, said the reports.

"When these proposals are implemented, this will be the death knell for 24-hour drinking," a government source told the Telegraph.

James Brokenshire, the crime prevention minister, told the paper: "The government believes that the power to make licensing decisions needs to be rebalanced in favour of local communities."

Other measures aimed at curbing heavy drinking will also be proposed as part of the plans, which the Telegraph said could be announced as early as next week.

These include a ban on supermarkets selling alcohol below cost price and an increase in fines for premises that sell to people under the legal age of 18, said the reports.