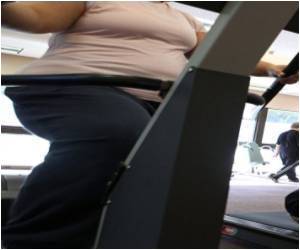 A recent research have opened doors to important implications in the treatment and intervention of cancer and obesity.

Dr. Jan-Ake Gustafsson at the University of Houston (UH) reported the most recent results pertaining to the function of a nuclear receptor called estrogen receptor beta, or Erbeta.

The group found that this regulatory molecule prevents epithelial-to-mesenchymal transition, or EMT, in the prostate gland.


EMT is believed to have an essential role in prostate tumor development. ERbeta also has a growth-suppressive effect in colon cancer cells.

The findings suggest that this molecule is potentially an interesting pharmaceutical target in many diseases, including cancer.

Cancer, is the second most leading cause of death worldwide. Cancer is not just one disease but many diseases. There are more than 100 different types of cancer. Take this quiz on and test how much you know about cancer.
Advertisement
Another research by Gustafsson and his team shows that two specific nuclear receptors - LXRalfa and LXRbeta - act in such a way as to indicate they have a crucial role in regulating energy homeostasis, which is important to maintain the stability of normal biological states during adjustments to environmental changes.

Gustafsson believes that these molecules should be considered as targets in pharmaceutical intervention against obesity.

The review is published in the Journal of Biological Chemistry.

A number of weight loss products are available. Some products may be ineffective or they could lead to serious side effects.
Advertisement
<< Poverty Can Suppress Genetic Potential in Children
Cancer Treatment Costs Set to Jump 27 Percent in US by 2020 >>

Selfie Addiction Calculator How to Reduce School Bag Weight - Simple Tips Drug - Food Interactions Drug Side Effects Calculator Diaphragmatic Hernia Accident and Trauma Care The Essence of Yoga Hearing Loss Calculator Indian Medical Journals Sanatogen
This site uses cookies to deliver our services. By using our site, you acknowledge that you have read and understand our Cookie Policy, Privacy Policy, and our Terms of Use