Gene variants linked to synesthesia have been identified. People with synesthesia experience crossed responses to stimuli. "Brain imaging of adults with synesthesia suggests that their circuits are wired a little differently compared to people who don't make these extra sensory associations. What we don't know yet is how these differences develop," said Dr. Amanda Tilot, a geneticist at the Max Planck Institute for Psycholinguistics. "We suspect some of the answers lie in people's genetic makeup."

Some people with synesthesia may see sounds, while others may taste them or feel them as shapes. This kind of sensory cross-talk comes in many forms, and develops during early childhood. It has been known for over a century that synesthesia runs in families, giving a strong hint that inherited factors are important.

A genetic window into sensory experience


‘Novel genetic clues that could help explain the biology of synesthesia have been identified by scientists. People with synesthesia experience crossed responses to stimuli.’


Today, in a report published in the journal Proceedings of the National Academy of Sciences, scientists from the Max Planck Institute for Psycholinguistics and the University of Cambridge report new genetic clues that could help explain the biology of synaesthesia. The researchers carefully analysed the DNA of three families in which multiple members, across several different generations, experience colour when listening to sounds.

The team took advantage of advances in genome sequencing, enabling them to identify genetic variants in the synesthesia families and track how they were passed on from one generation to the next. In particular, they focused attention on rare DNA changes that altered the way genes code for proteins, and that perfectly matched the inheritance of synesthesia in each of the three families.

While the highlighted DNA variants differed between the three families, a common theme emerged to connect them: an enrichment for genes involved in axonogenesis and cell migration. Axonogenesis is a key process enabling brain cells to wire up to their correct partners.

Professor Simon Fisher, Director of the Max Planck Institute, who led the research, said, "We knew from earlier studies by the Cambridge team that no single gene can account for this intriguing trait; even families who experience the same form of synesthesia are likely to differ in terms of specific genetic explanations," said Fisher. "Our hope was that the DNA data might point to shared biological processes as candidates for involvement in synaesthesia."

Professor Simon Baron-Cohen, Director of the Autism Research Centre, Cambridge University, commented, "This research is revealing how genetic variation can modify our sensory experiences, potentially via altered connectivity in the brain. Synesthesia is a clear example of neurodiversity which we should respect and celebrate."

To better understand these findings, the team is looking for new families and individuals to join their study. To learn more about their research and take a short test to find out if you experience a common form of synaesthesia, go to http://www.mpi.nl/synaesthesia.

About Two in 100 People Have Mirror-Touch Synesthesia
If you have mirror-touch synesthesia, there's nothing wrong with you. It's just an interesting difference, like being double-jointed.
READ MORE

Young Texas Girl Suffering from "Mirror Touch" Synesthesia
A rare sensation phenomena called "mirror touch" synesthesia has been identified in a young Texas girl, where an individual feels the emotions of things around her, like machines and mechanical objects.
READ MORE

Victim Experiences Synesthesia Nine Months After a Stroke
A man from Toronto began to experience strange sights and sounds nine months after he suffered a stroke.
READ MORE

Second Known Case of Patient Developing Synesthesia After Brain Injury Reported by St. Michael's
A new case report released by a hospital reveals that about nine months after suffering a stroke, the patient noticed that words written in a certain shade of blue evoked a strong feeling of disgust.
READ MORE 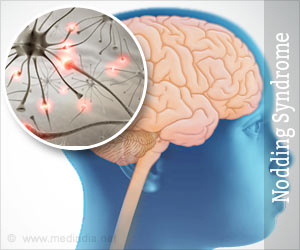